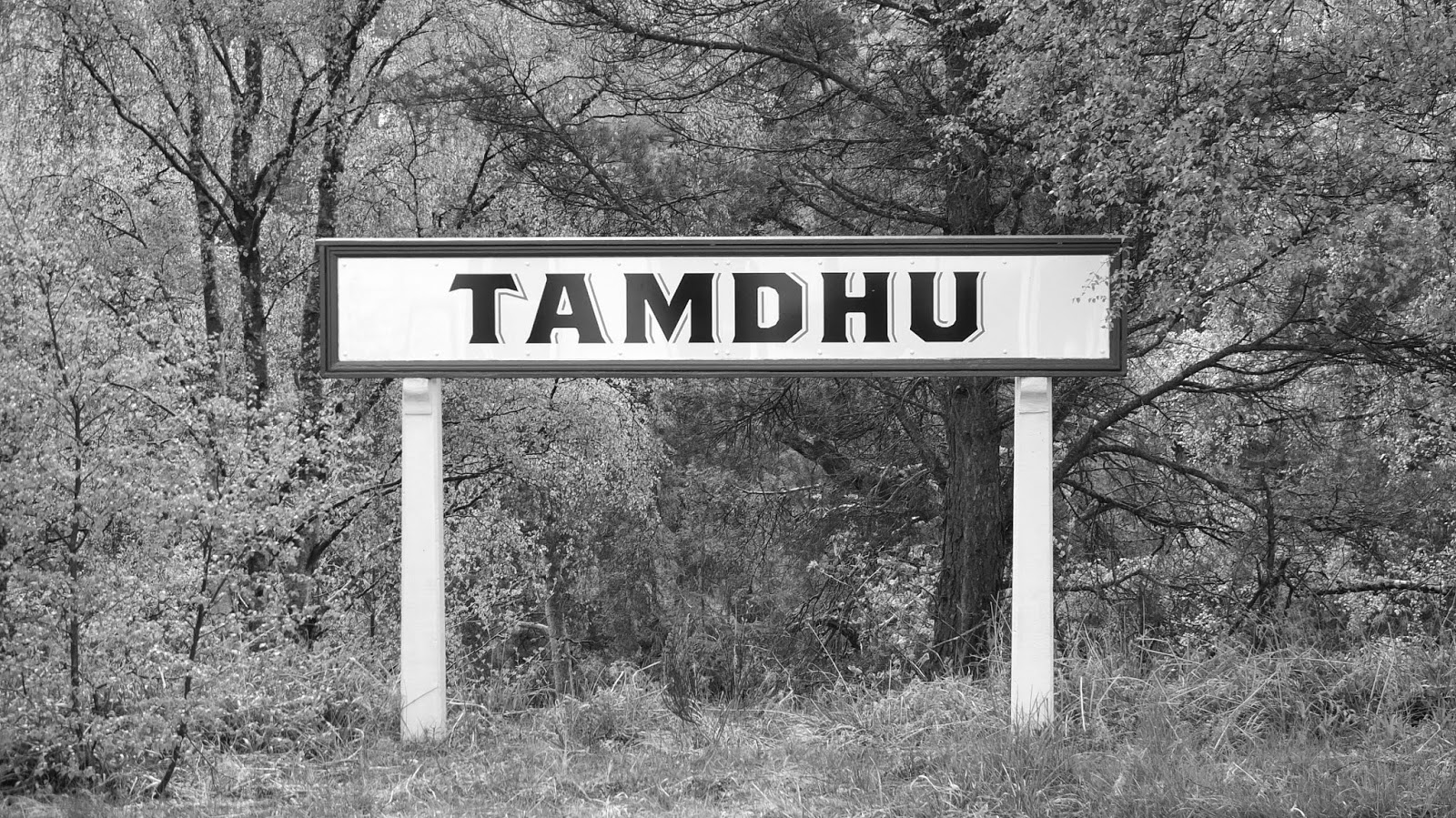 Part of the appeal of visiting Speyside during the annual festival is the opportunity to venture into distilleries that are normally closed to the public. For just a couple days of the year a handful throw open their doors and welcome whisky enthusiasts, tourists and the curious into their realm.  Photographs are often encouraged and I just wish more distilleries would accommodate visitors wishing to record their visits.

Speaking with a manager of such a distillery opening especially for the festival, he explained that these visits were welcomed by staff as an opportunity to appreciate and reconnect with their work. Performing the same occupational duties everyday can become mundane, but offer the opportunity to interact with the public who are generally interested and enthusiastic about their roles, he felt it can only have a positive effect.

A case in point is Tamdhu distillery that has embraced the festival after being reopened in 2012 after being mothballed by its previous owners in 2009. The staff are involved during the Festival whether it is directing cars to a parking area, dressing up as the train station conductor in period costume or taking on the role of a tour guide. For instance our tour was given by a warehouseman who provided an insight into the distillery, current plans and what they’ve achieved since 2012. The production areas may have not been his forte but once we reached the warehouse the information really flowed. 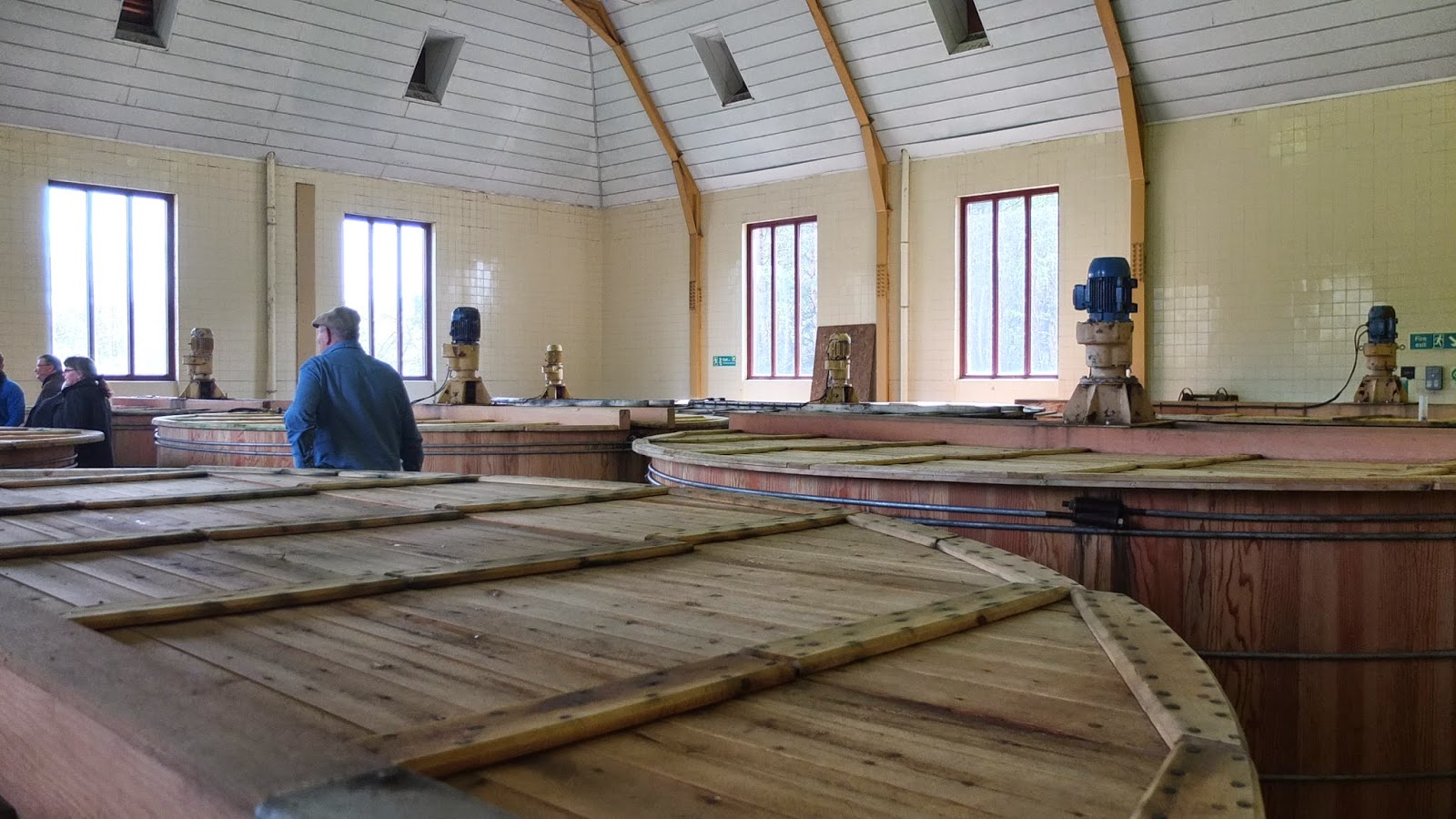 Tamdhu is just up the road from Knockando both are often overlooked, with the Diageo distillery shipping most of its output abroad to France. When Tamdhu was purchased by Ian MacLeod Distillers (who own Glengoyne) a great deal of work and investment was and continues to be required. The distillery is a unique time capsule as you drive down through the thick forest, you’re soon greeted by an expansive site that once sat alongside the local railway. The tracks may have departed but the platform and station buildings are still in wonderful condition.
The recent relaunch of Tamdhu in 2013 marked the arrival of 2 very distinctive and visually striking bottles. A mix of Victorian engineering, steampunk and art deco they suit the distillery extremely well. The owners had gone to the trouble for the weekend of obtaining a license to sell alcohol in 1 of the offices. Both examples were on sale with the core 10 year old available for an arrival dram and the 1000 edition with a slightly higher strength retailing at £100. The core malt is on sale in the UK through Waitrose and I was charmed so much by the staff and Tamdhu that I almost bought both bottles. However the limited release does seem a little pricey for revived distillery that has suffered from being overlooked for decades.
After a sample in the station waiting room, we walked along where the trains would have arrived, towards the distillery. This was a first and on a lovely day a perfect setting. The distillery complex itself departs the bygone era of the railway age and the main buildings date from the 1950’s onwards I would suspect. The mash area lacks the stylish computerised nature of Macallan, instead relying on huge control panels with various buttons and dials. As much as I dislike computerised Scotch, these types of terminals are acceptable as they do still rely on some form of human input and observation. 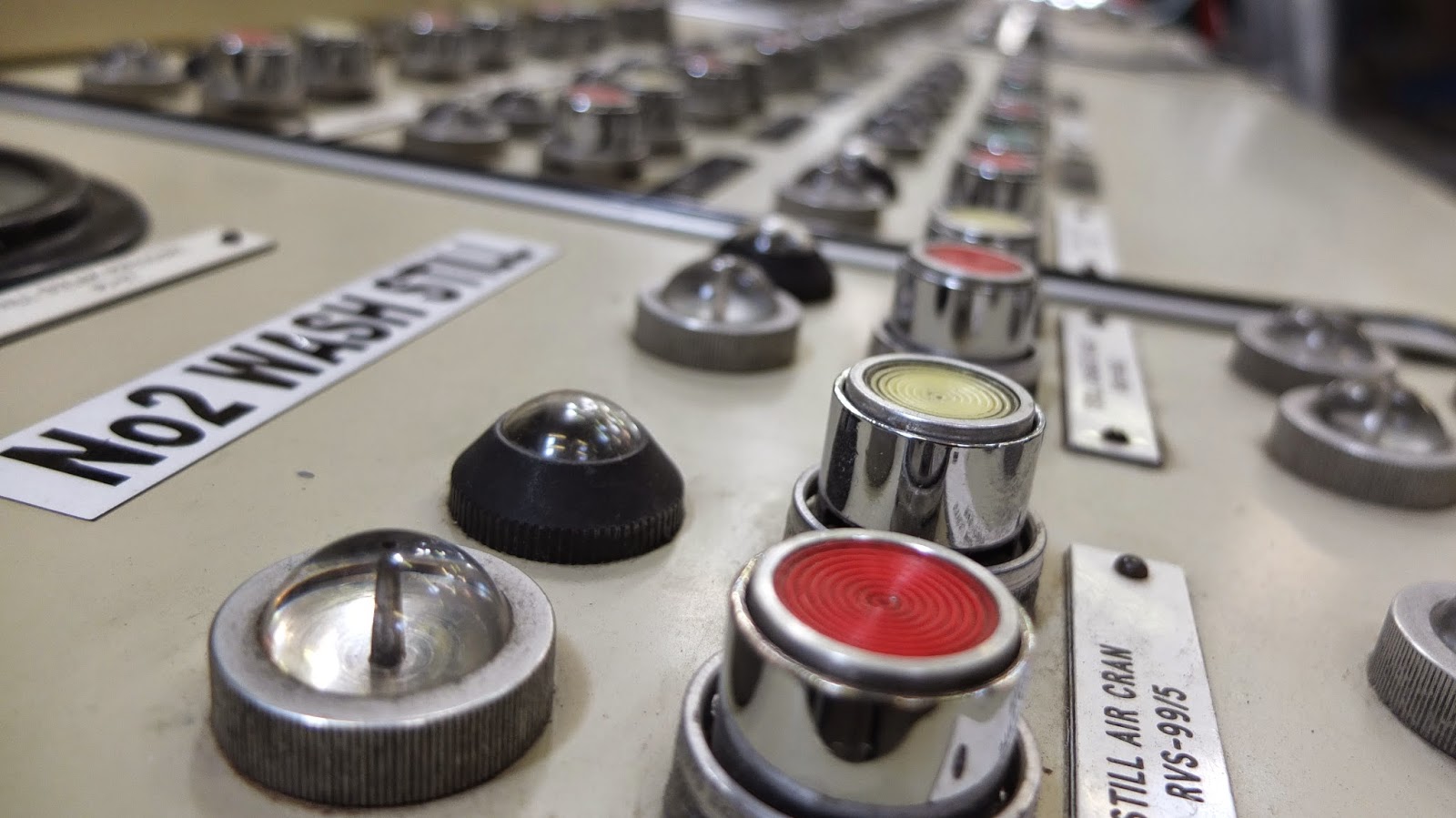 O
nly when you venture into the washback room do you begin to appreciate the size of Tamdhu. This slumbering giant has 9 washbacks laid out in a cavernous room. These all date from 1973 with 2 being replaced last year. I’m always pleased to see the use of wood rather than metal in these areas as despite what they say it must have an effect on the spirit. Current production is around 3.2 million litres and with more investment in the form of warehouses on site Tamdhu is enjoying its new lease of life.
In comparison the still room feels claustrophobic encased in piping and those old computer terminals. The 3 pairs of stills were in full production when we visited and deliveries being made outside. Following our guide for the day, we then ventured out into the main courtyard where one of the filling stations was located. Here we discussed the importance of barrels and the impact of the new warehouses on site. Tamdhu plans to use these new buildings to house their bourbon barrels for blending. Like its sister distillery Glengoyne, it appreciates the importance of cask quality and especially sherry casks.
For this reason such casks will be placed in some of the original warehouses on site that date back to 1896. This ushered in a highlight as we were taken into such a building to view the casks patiently maturing – the new owners certainly have acquired a wonderful inventory! The oldest cask they have was sitting proudly on display dates from 1961 and from our discussion the strength and fill level was a surprise to the team. 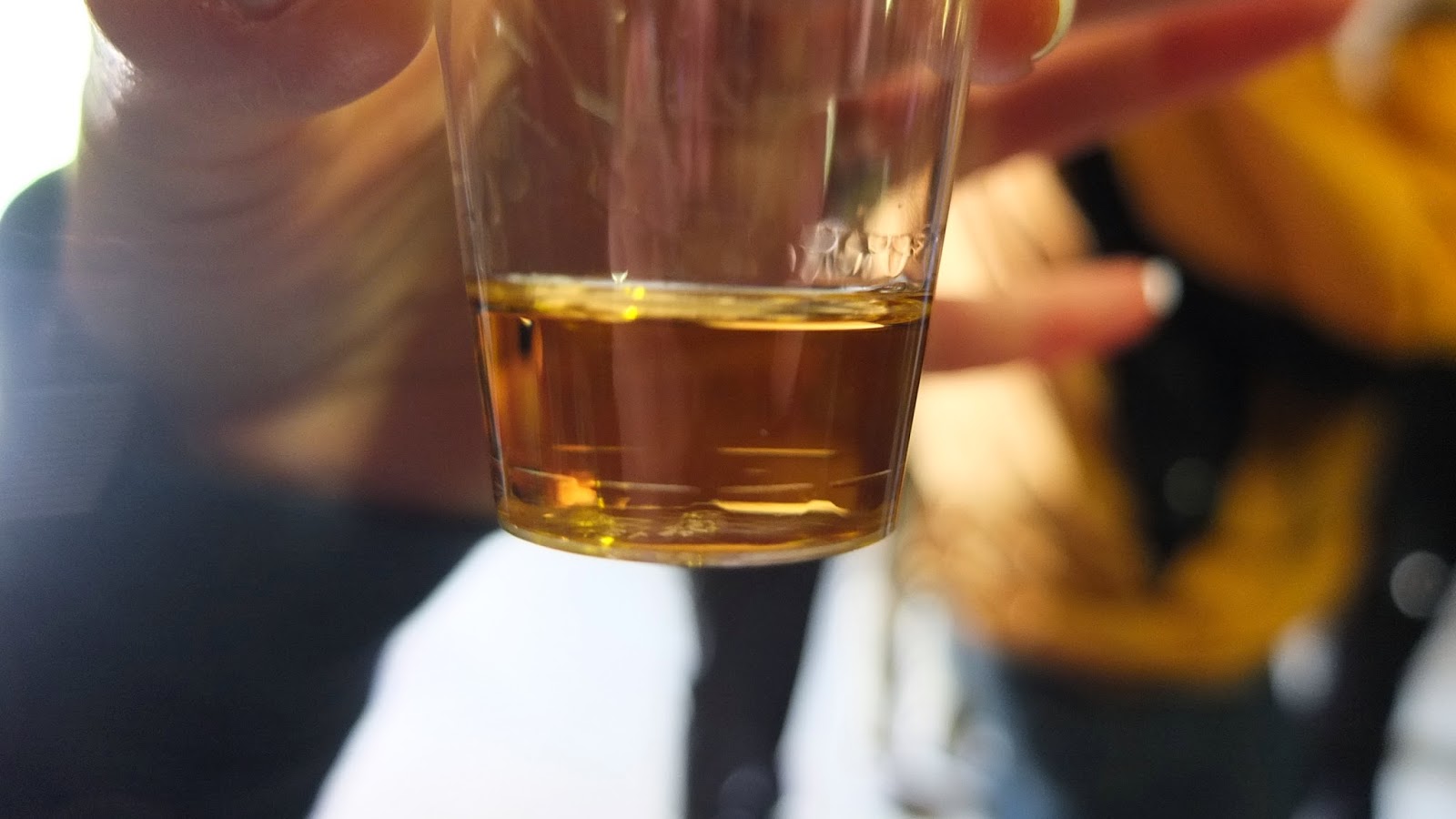 A really nice and unexpected touch was that the staff had looked around the warehouse for a cask to share with Festival visitors. We all received a wee sample from the sherry cask laid down in 2001 and at cask strength (57%) it delivered a rich fruit salad with sweet notes. If this was on sale that day I would have bought 2 bottles without any hesitation!
For £10 this was the bargain of the Speyside festival and offered an insight into a revived distillery that many of us have dismissed or overlooked. The tour may have clocked in at under an hour but was perfectly pitched and timed with visitors allowed to enjoy the station area before and after the tour. With new appreciation for Tamdhu, I’ll be looking out for old bottles and its future plans with interest.

To view all of my Tamdhu distillery photographs just click here