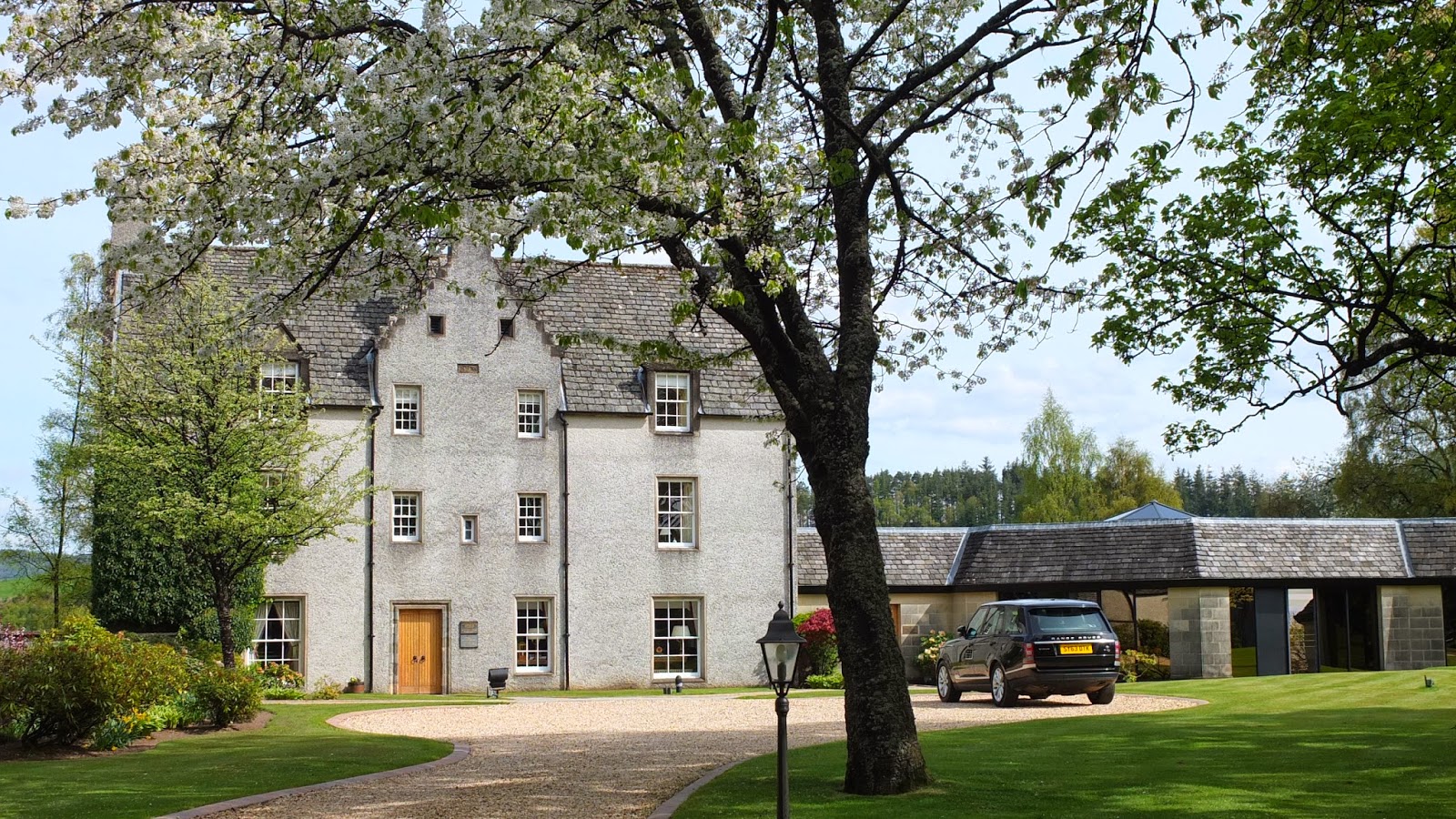 Visiting the Macallan is hugely popular so it pays to book in advance. Turning up unannounced as I have done previously does not often meet with success particularly during high season. So my first tip is book ahead as the staff are always very accommodating and a free dram on arrival is a marvellous welcome.


Since my last visit to Macallan the shop has changed with the introduction of the No Age Statement 1824 series and the reduction in volume of the Fine & Rare series behind the counter. The latter are massively priced and only the miniatures are real, with the full-sized bottles being for display purposes only. Also missing was a lack of specific exclusive or limited editions which is suggestive of how Macallan is in transition. Later this summer building a new distillery will start to take place and with it a new visitor centre and whisky experience for any traveller.
You would think that the visitor experience at Macallan is outdated or lacking investment but this could not be further from the truth. The centre is very high end and while it may have been overtaken by blue chip rival offerings at Glenmorangie and Dalmore it more than holds its own in the industry. The same applies to the tour which takes its name from the core pillars for Macallan that include the water, wood and barley. 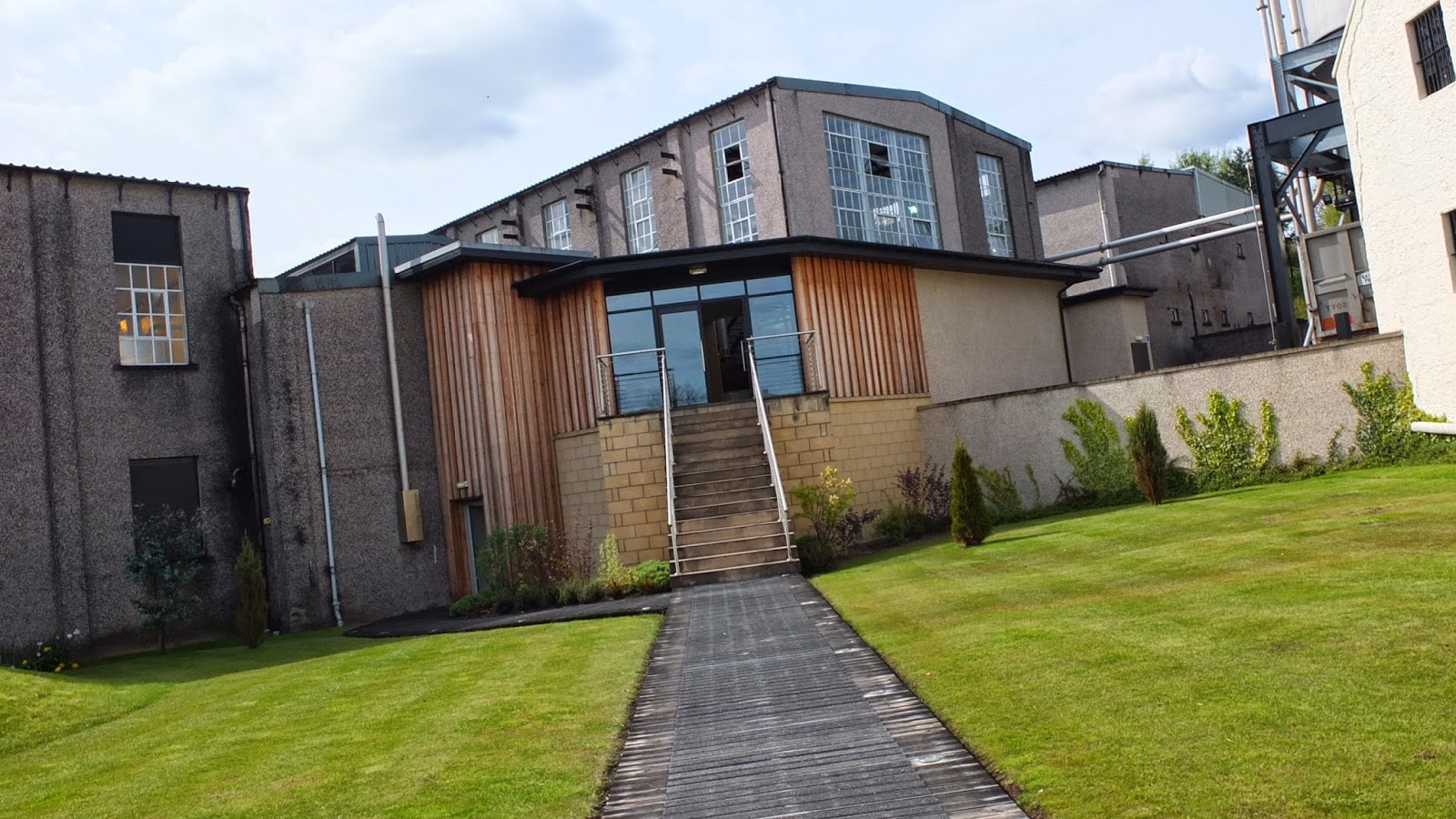 In total the tour lasts 2 hours and unfortunately photographs are not allowed when indoors and this includes production areas such as the stills, washbacks and warehouse but also disappointingly the lavish displays regarding wood and aromas. During my visit in 2014 to Speyside the variation from distilleries on photographs was extreme. From those such as Glen Keith and Tamdhu that threw open their doors to visitors to the more closed shop approach by Aberlour and Macallan. I can only hope that the new distillery can be done in such a way to allow visitors to remember their visits.
The tour commences with a short walk into the distillery mash area. At this stage I should say that the Macallan is split into 2 production hubs. The tour takes place across the smallest of the 2 areas that features 6 stills.  In comparison across the courtyard reside another 15 stills and both sets are in continuous production.
Like Dalmore, displays have been incorporated into the production areas. Around the 6 ton Mash Tun, models are on show that incorporate the core ingredients and this hands on approach makes for a more engaging experience. This continues through to the wooden washbacks as on the back wall is a short video showing the skills of the men who crafted and built these incredible huge wooden tubs. From here you move into the extremely hot still area to witness the distinct still shapes of the Macallan. The first disappointment of the tour is the level of computerisation. This is a feature of modern production and efficiency but I find computerised Scotch sadly sterile. There is a widespread range from the artisan nature of smaller distilleries to more recently reopened giants such as Tamdhu, with their computers and dials from a bygone age. Macallan in comparison is almost devoid of human workers and even the computer terminals are slick and designed for visual impact. The spirit safe rather than being a core feature is relegated to a lower corner of the still room. This is now fully automated with only periodic checks required; very disappointing to witness however this is Macallan’s chosen direction.
An enjoyable feature of the still room are the new spirit clear pipes where you are invited to smell and taste the spirit as it makes its way to the filling station. Almost Willy Wonka themed in its appearance it is a very nice feature that I hope makes it across to the new distillery.
The tour then departs for an elaborate and lavish area that deals with the story of oak through various displays and exhibits. It is here that the tour starts to creek and groan from being extended. These features and information relay could be efficiently experienced and communicated in half the time. A feeling of delay while we waited for the tour ahead to push on may have been a feature as Macallan is very popular with tours being well orchestrated. 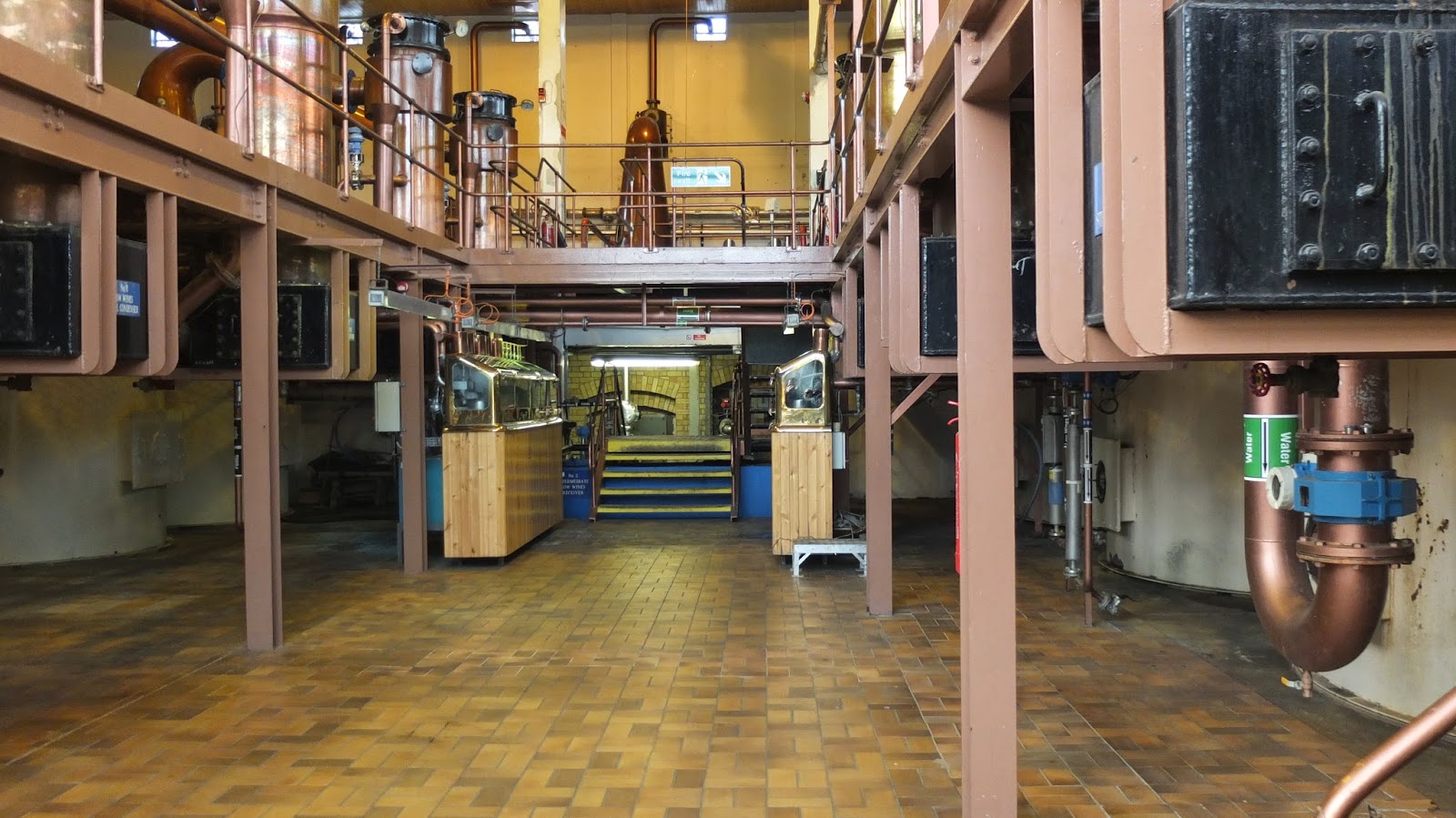 After this disappointing lull the arrival at a warehouse was a welcome highlight. Recently I’ve taken several tours that did not feature a warehouse, which is often the pinnacle of any visit in my experience. A range of casks are on display including examples bought by those willing to part with £5000 at least for the privilege of owning their own Macallan cask. This is overpriced for a new make cask however that’s not the subject of this piece. Instead it was possible to view wine casks and even a cask that required a copper repair; a first for me. After the warehouse the next destination is the visitor centre for your final tasting.
I’ve been reviewing several of the Macallan releases lately including a couple of special bottles. The Macallan is a very prestigious brand and has a formidable pedigree that is out of reach for the majority of whisky drinkers. Many bottles are locked away or snapped up as an investment fund for future resale meaning those great whiskies from a bygone era are simply off the shelf. I find these Macallan’s daunting but from my experiences it really puts into context how modern whisky lacks the character of bygone decades.
I did have the opportunity to try the new make spirit at Macallan which was a blistering 72% straight from the still. It was surprisingly floral with a fruity nose including over-ripe pineapples and kiwi fruits. I actually enjoyed the new make more than the Amber release!
If you can take the tour at Macallan before the new distillery comes online then do so as who knows what the future may hold for the old version. Despite the lack of photographs and reliance of a slick corporate presentation, the experience is well worth seeking out.

To view the other Macallan distillery photographs click here