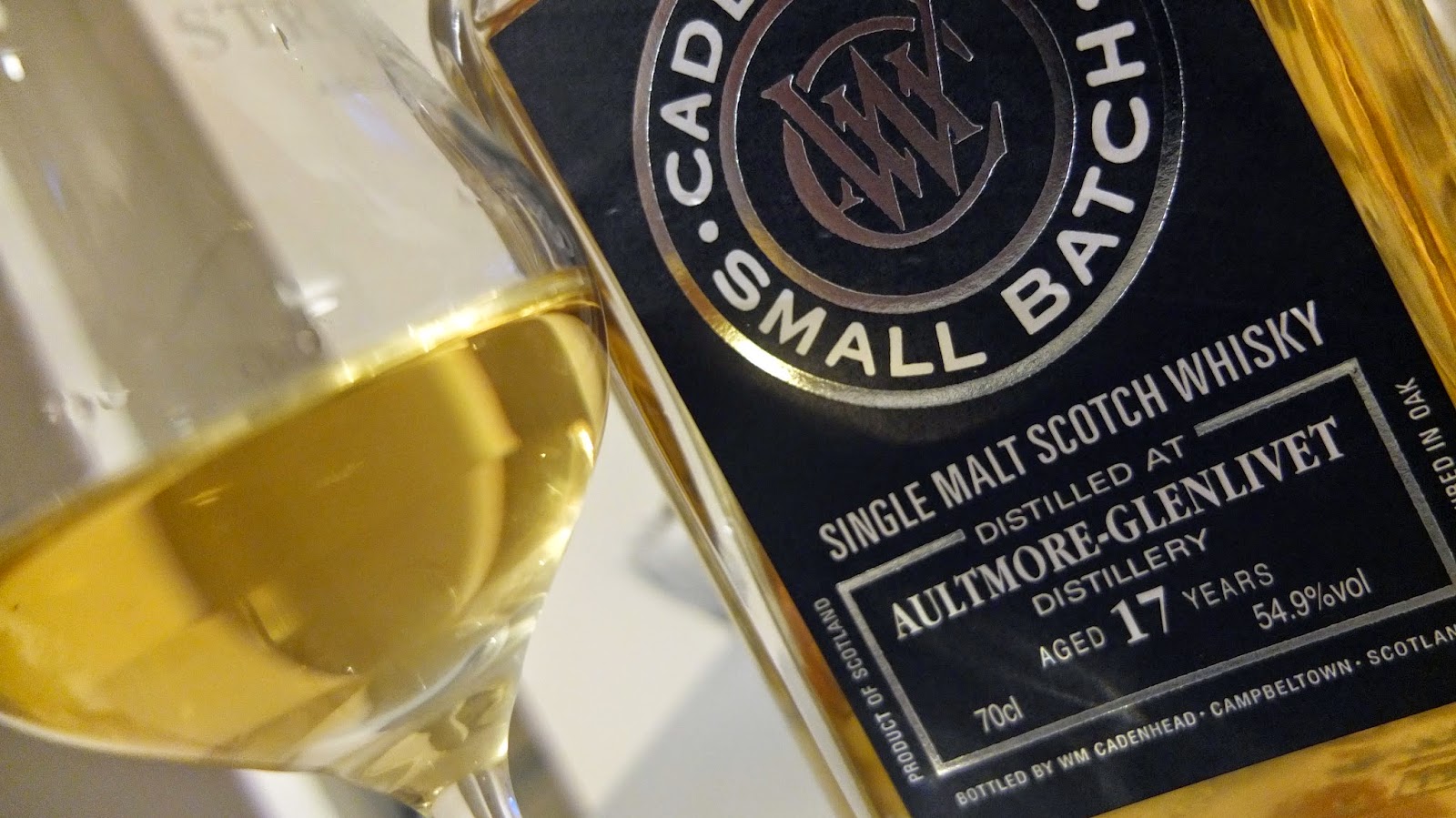 Blind buying is always a risk and often you’re reduced to merely relying upon the reputation of a distillery or independent bottler as vital signposts. This Aultmore-Glenlivet is my 3rd blind purchase in the last few weeks. I recently wrote about the Japanese tasting at the Scotch Malt Society on Queen Street; that was driven by the fact if I hesitated the bottles would have gone.
This time it's an Aultmore-Glenlivet (I’m using the suffix as Cadenhead’s have done on the bottle) that was purchased after a trip to their Edinburgh store. I’m forever walking out with recommendations so just wanted instead to try something that was bottled earlier this year and probably hasn’t caught the imagination of the buying public. No tasting samples, instead a decent price (£55.20) and the fact that my ears are still ringing from Mark over at Malt-Review raving about this distillery in his recent piece here. Cadenhead’s rarely bottle anything substandard and their Small Batch range is generally very, very good.
If you’ve ever visited Speyside then it feels like there is a distillery around every hazardous corner. Most of these are blend workhorses, rarely seen in the single malt arena. Far from being substandard there are some fine malts amongst this category including Longmorn and Craigellachie. Aultmore was renovated in the early 1970’s and has a more modern appearance than other distilleries in the region although it didn’t stop using the more preference method of direct fire heating until the mid-1990’s. Nowadays most of Aultmore goes into the range of Dewar’s blends so here is a rare chance to experience the distillery in its original form. 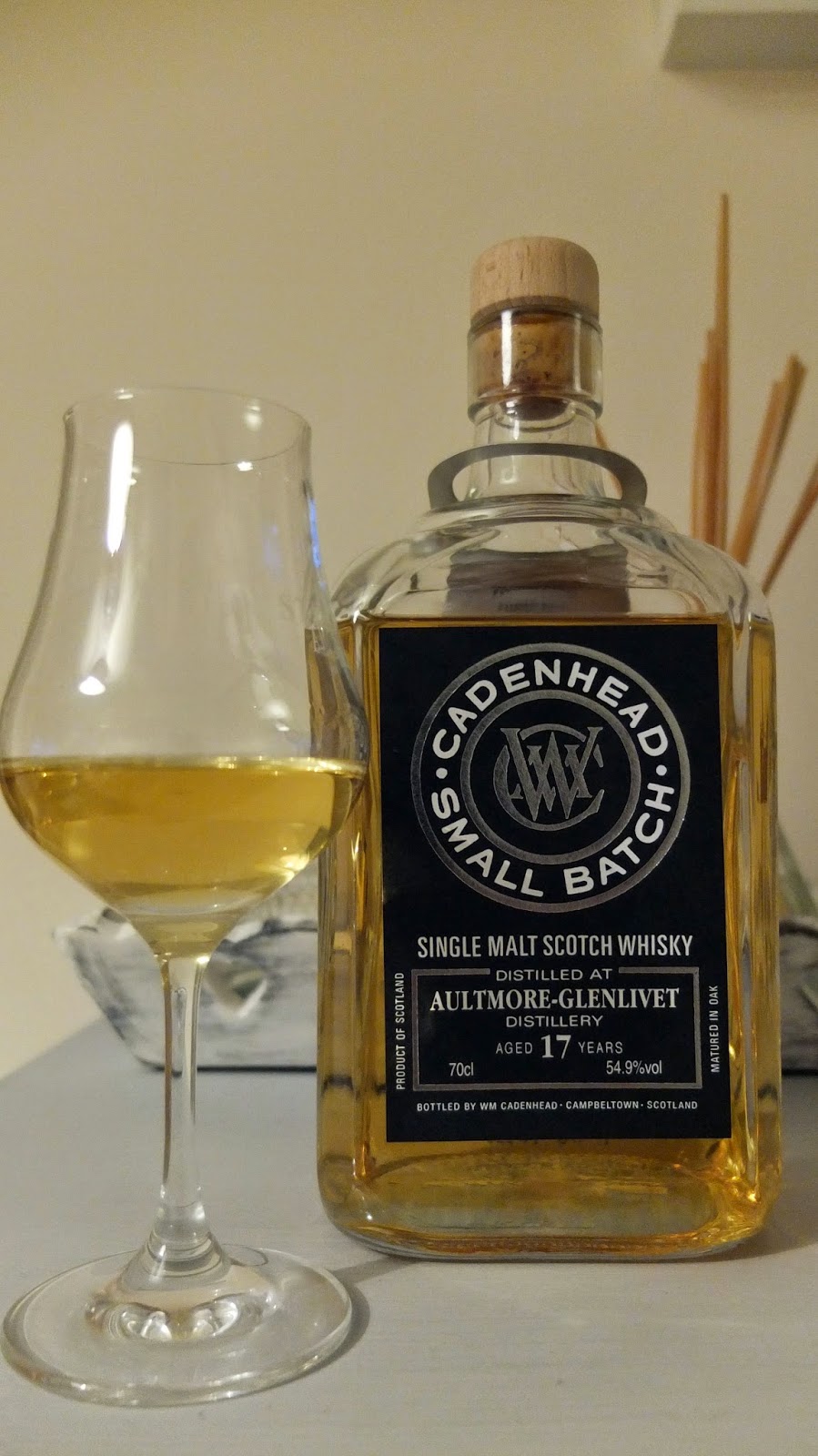 Taste: that rawness continues onto the palate with a green salad, gooseberries and peppery rocket. Red liquorice and sour cream flutter around the edges of a grilled pineapple covered in a honey glaze.

Well, I must say initially I wasn't taken by this Aultmore-Glenlivet it initially felt a little too green and overly eager if you follow my meaning. Then over a period of a couple of weeks I returned to the bottle now and again to find that the spirit had settled down, eased up and relaxed considerably. Now I'm very taken with it and still have a journey of discovery with the bottle remnants. It certainly does benefit from a little water to take off what green-edge remains.