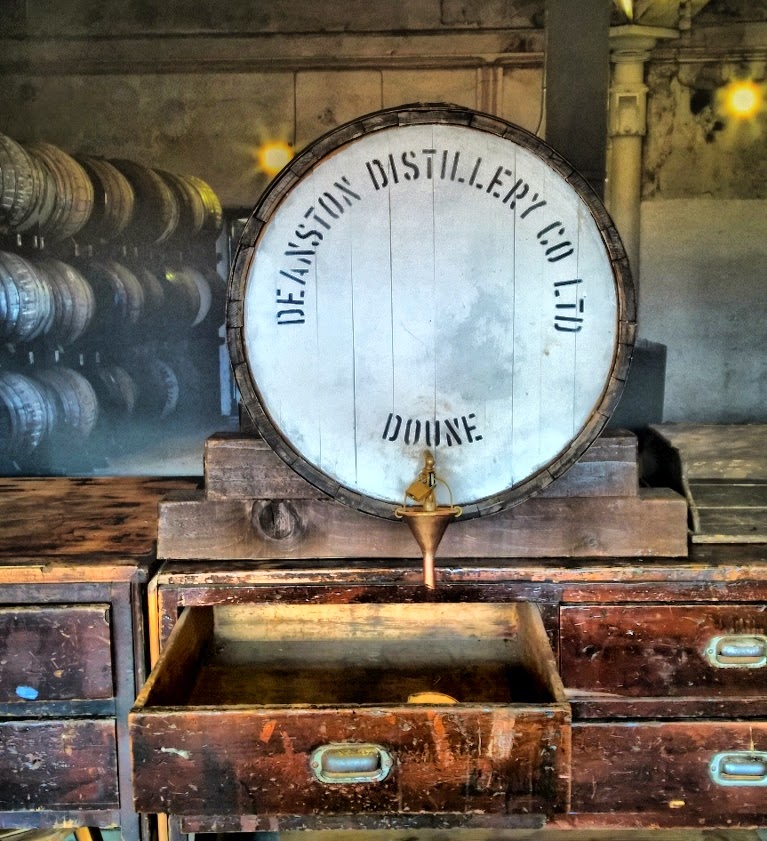 A distillery manager said to me that bloggers exist in a sea of positive reviews and only for the pursuit of free samples. I’m actually glad industry folks are picking up on the curse of uniformity amongst bloggers who often are content to copy the official tasting notes with little inventiveness or individuality. It's a growing curse with many becoming too cosy and afraid to bite the hand that feeds; it’s a disease that tarnishes those who are enjoying their own whiskies and writing some very informative pieces on the subject.

I’m candid and rely on my own purchases, which means I can write about all sorts of lovely and unusual bottles that rarely receive coverage. When travelling or going on distillery tours, these are all paid for out of my own pocket just like you. This means I’m free to express my own opinion without influence or fear of reprisals.

Admittedly writing another introduction for a whisky release from Deanston distillery was going to be difficult but there is a link and method to my madness. Deanston isn’t fashionable nor captures the imagination of malt enthusiasts or the frenzied bloggers chasing free samples. On the sleepy banks of the River Teith we’re seeing the first shoots of this distillery coming of age. Under the guidance of Master Distiller, Ian MacMillan, this distillery that exists under the radar of many is showing tremendous promise and results. It is all very exciting and refreshingly without pomp and ceremony.

The 12 year old and Virgin Oak editions are generally available and act as solid core examples. Beyond these exist some wonderful whisky experiences sadly limited to distillery exclusives but you never know what 2015 is going to bring. When I’ve shared the Spanish Oak, the 37 year old sherry cask, the original bottle your own sherry cask, 2014 Festival Edition or the Toasted Oak, it has been a universal thumbs up. I’d have expected at least the odd criticism but nothing so far and that should tell you something. 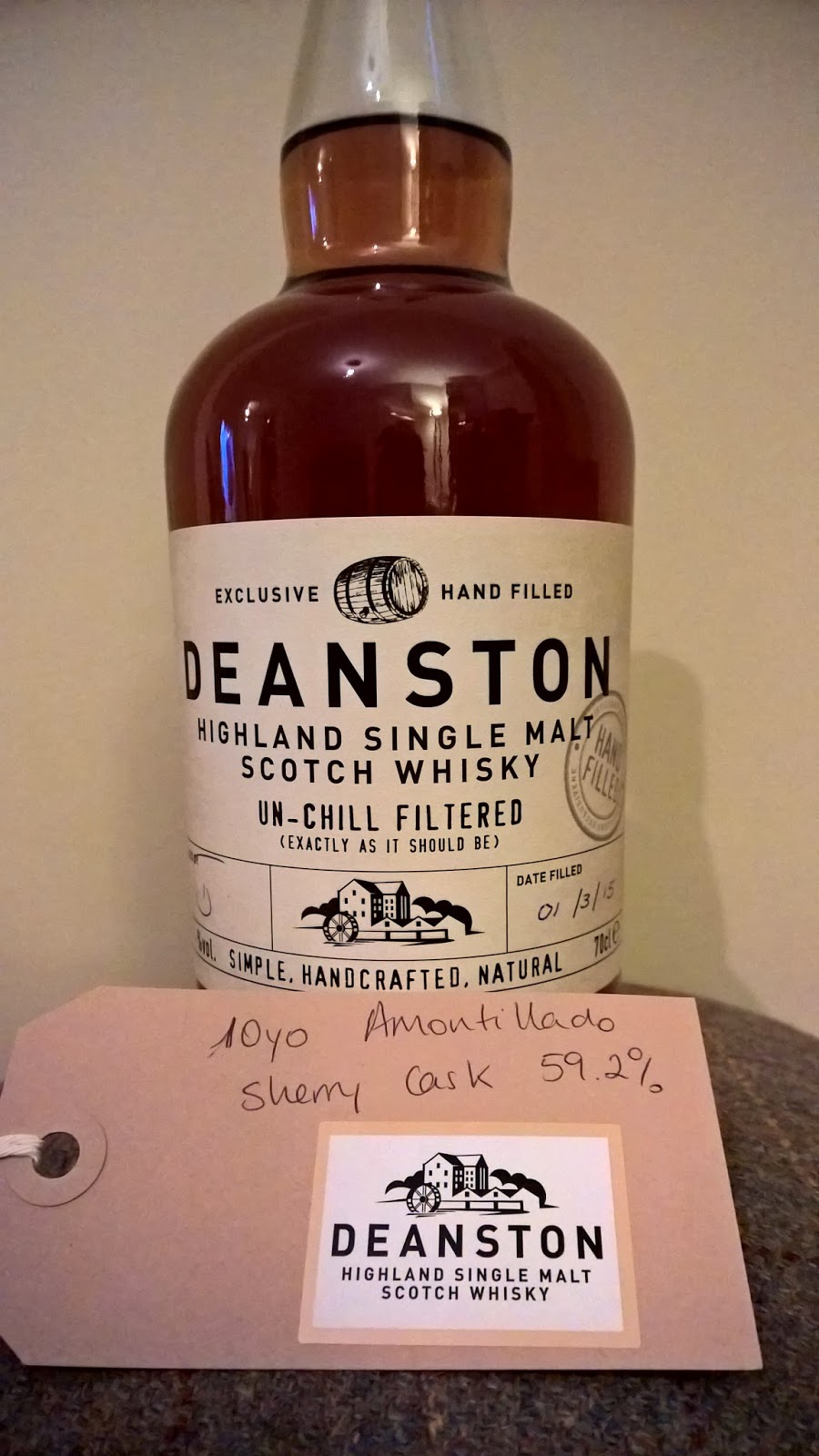 Deanston recently released their second sherry cask to offer visitors the opportunity to bottle their own. It is another 10 year old expression, but this time comes from a Amontillado sherry cask, which is a new variant on the Spanish casks that have been so effectively used by Deanston so far. By all accounts a Amontillado sherry starts out life as a Fino sherry but receives a new classification if the wine yeast fails to materialise as expected. Instead it is fortified and receives a greater period of time in the cask (up to 15 years) which puts it beyond Fino. The end result is a sherry that approaches the domain of the popular Oloroso sherries but not quite.

Nose: well this is more of a delightful sherry cream than some rampaging beast from Spain. Lots of sticky fruit with blackberries and cherries with a dollop of vanilla and resin for good measure. It has that caramelised Sunday Roast essence before finishing with a black forest gateau.

Taste: an impressive complexity is already in attendance here with a sustained finish. Delving into the dram we have blood oranges, grapefruit, camp embers and highland toffee with your traditional sherry characteristics that are more muted and reserved here. A touch of rubber which I find enjoyable in most sherry drams rounds off a fine addition to my Deanston larder.