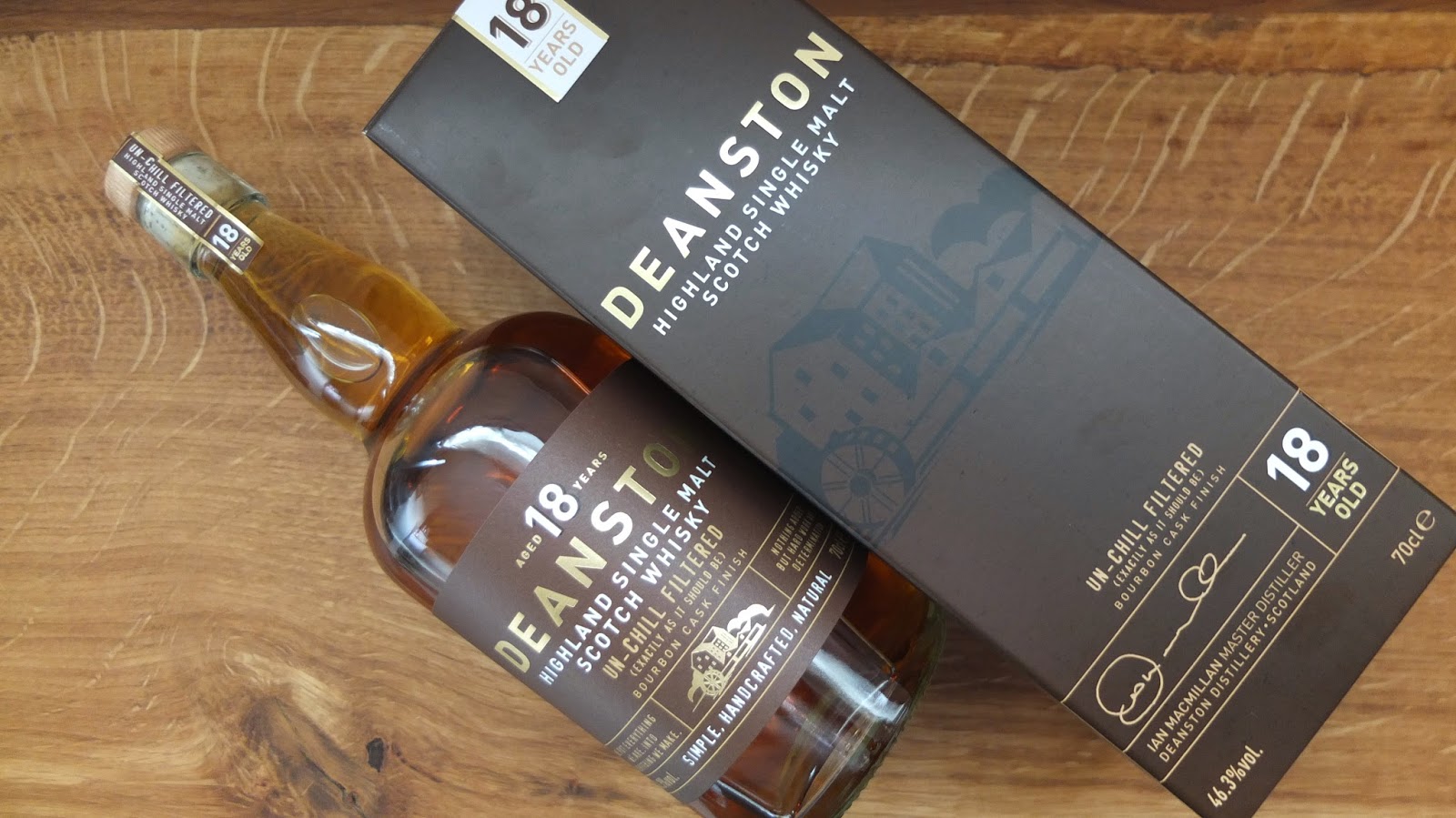 Deanston has recently come of age with some excellent distillery exclusives. Unfortunately these are by definition only available to visitors with those further afield having to make do with the staple Virgin Oak and 12 year old.

Whilst there's nothing wrong with either of these releases they show a limited cask interplay compared to the distillery exclusives. I know what Deanston is capable of, as to name just a few there is the excellent Spanish Oak, Toasted Oak or Marsala Festival Edition. Thankfully those unable to visit Scotland or the distillery will shortly have a new addition in the form of an official 18 year old.

Deanston has released older whiskies during its history however we should really view those as being from a bygone era at the distillery that since has prompted many to overlook its wares. Nowadays under the guidance of master distiller Ian MacMillan we're in the midst of an exciting period. Not joining Burn Stewart Distillers  until 2002 means that the initial batches of this 18 year old won't have been laid down during his reign, so it'll be interesting to come back to this release in a few years. However the core foundations that have transformed the distillery in recent years (natural colour, un-chill filtered and a higher strength) are present and correct.

The nearest I've come to this release previously was a 19 year old Cadenheads independent bottling that I know went down really well with friends. I'm expecting a refined dram that offers a little more complexity than the 12 year old yet still retains that degree of approachability and that summertime fresh feeling. First up the bottle details and then my tasting notes:

Nose: initially its cream crackers and sunflower oil with a little green mango and more vanilla sweetness with lemon sugar and golden syrup. With a splash of water toffee comes through with a Caramac bar, shortbread, ginger and behind it all a little ash.

Taste: a rush of sweetness and a presence/body (that comes as a surprise) best summarised as beeswax. A citrus aspect with grapefruit and oranges. Vanilla and honeycomb certainly, a charred element almost bourbon-like that comes through as a well done piece of grilled toast; complete with that rich oiliness from a coating of butter. More traditional Deanston characteristics with honey and cereals follow. The finish is slightly nutty as in nuts (rather than crazed) with a little grind of nutmeg.

I'd categorise this 18 year old as a slow burner and that's not a criticism. Since my purchase I've gone back to the bottle several times to appreciate its charms especially the engaging interplay between sweet and sour.

The use of bourbon first fill casks to finish the whisky is interesting as it certainly adds a twist to proceedings. It's funny as it brings back memories of the recent Arran 18 year old in flavour profile although the Deanston has more sweetness compared to the Arran. The Deanston is more robust; able to take a little water unlike the aforementioned fragile Arran and actually benefits from the addition. This 18 year old is a solid addition to the core range for those unable to visit the distillery. I'm still holding out for another exclusive to experience this year!