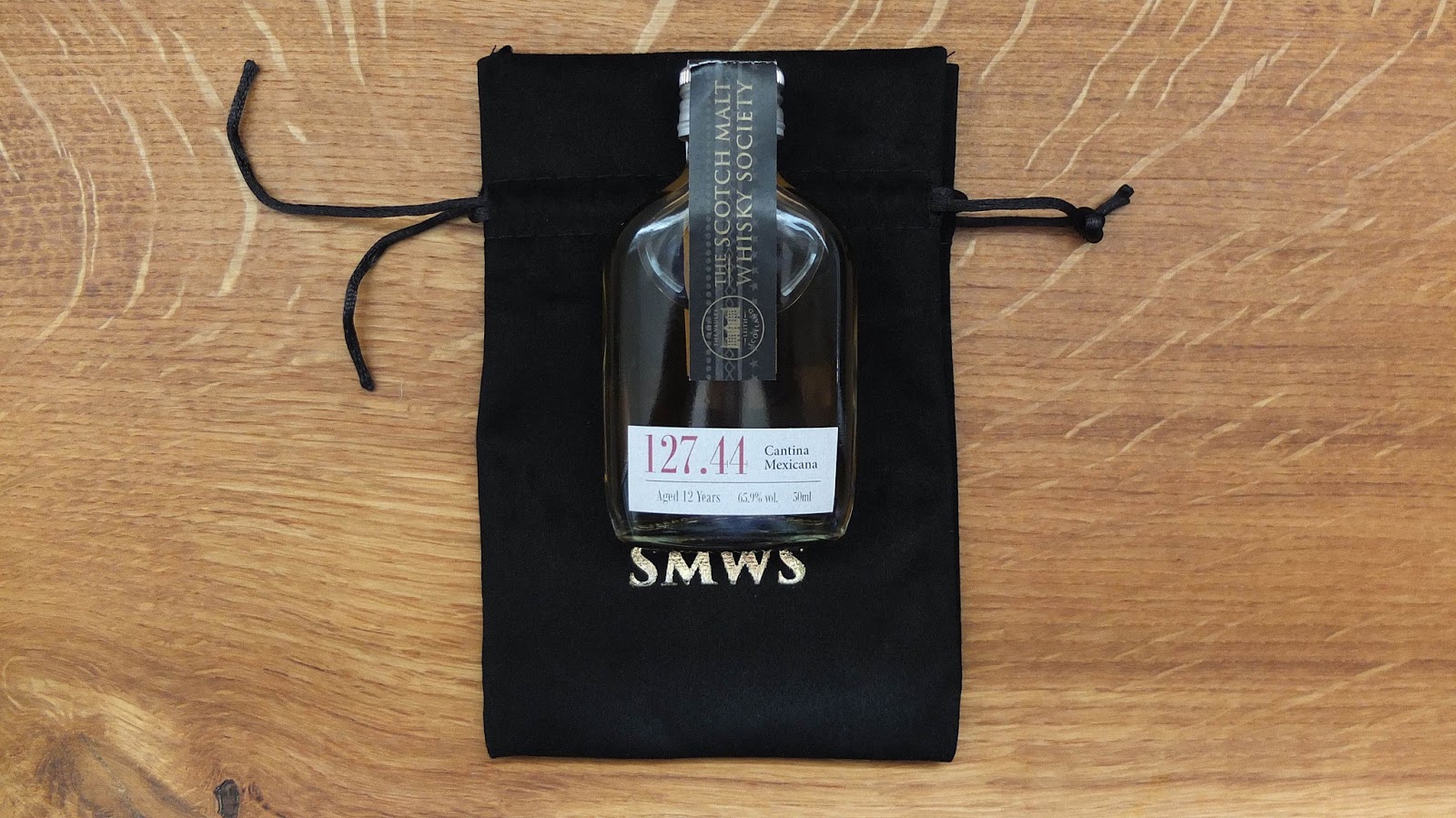 Recently returning from an excellent long weekend at the 2016 Spirit of the Speyside Festival it was refreshing to see several distilleries embracing the festivities by releasing a special bottling. The festival has a way to go to match Islay’s Feis Ile where each distillery bottles something to mark the occasion. However the Glenfarclas 1989 26 year old is a superb way to mark any festival and sets a high benchmark.

The Feis Ile has graduated onto a new level, as the demand for special editions has encouraged independent bottlers to scour their warehouses for suitable candidates. In 2015 the Scotch Malt Whisky Society joined in with the SMWS 3.243 Dark Smouldering Flamenco Gypsy from Bowmore, which promptly sold out. For this year they’ve decided to bottle a Port Charlotte dubbed Cantina Mexicana at 12 years of age and 56.9% vol.

Before jumping into the review anyone worth their salt should discuss the pricing of this Port Charlotte. In 2015 we had the aforementioned Bowmore 17 year old at £80 or £120 for non-members. This year a considerably younger whisky (5 years if you’re counting) will be £120 or £240 for non-members. As much as I appreciate the free sample and being a member of the Society myself, I have already expressed concerns about the rising prices of SMWS releases since the change in ownership. The Christmas 33.132 Beauty and the Beast release from Ardbeg was just 8 years old but commanded £120 to Society members. These releases tended to sell out quite quickly from memory, so to some out there clearly price isn’t an issue, but I do suggest the strategy is verging on cashing in on the Feis Ile and missing the point of the festival itself.

The price point of £120 pushes this release beyond many of the official Octomore editions and just behind some excellent whiskies such as this Octomore 7.4 release. It's also beyond many of the Port Charlotte PC releases if you can find one today. Ladies and gentlemen, whisky is certainly becoming more expensive. 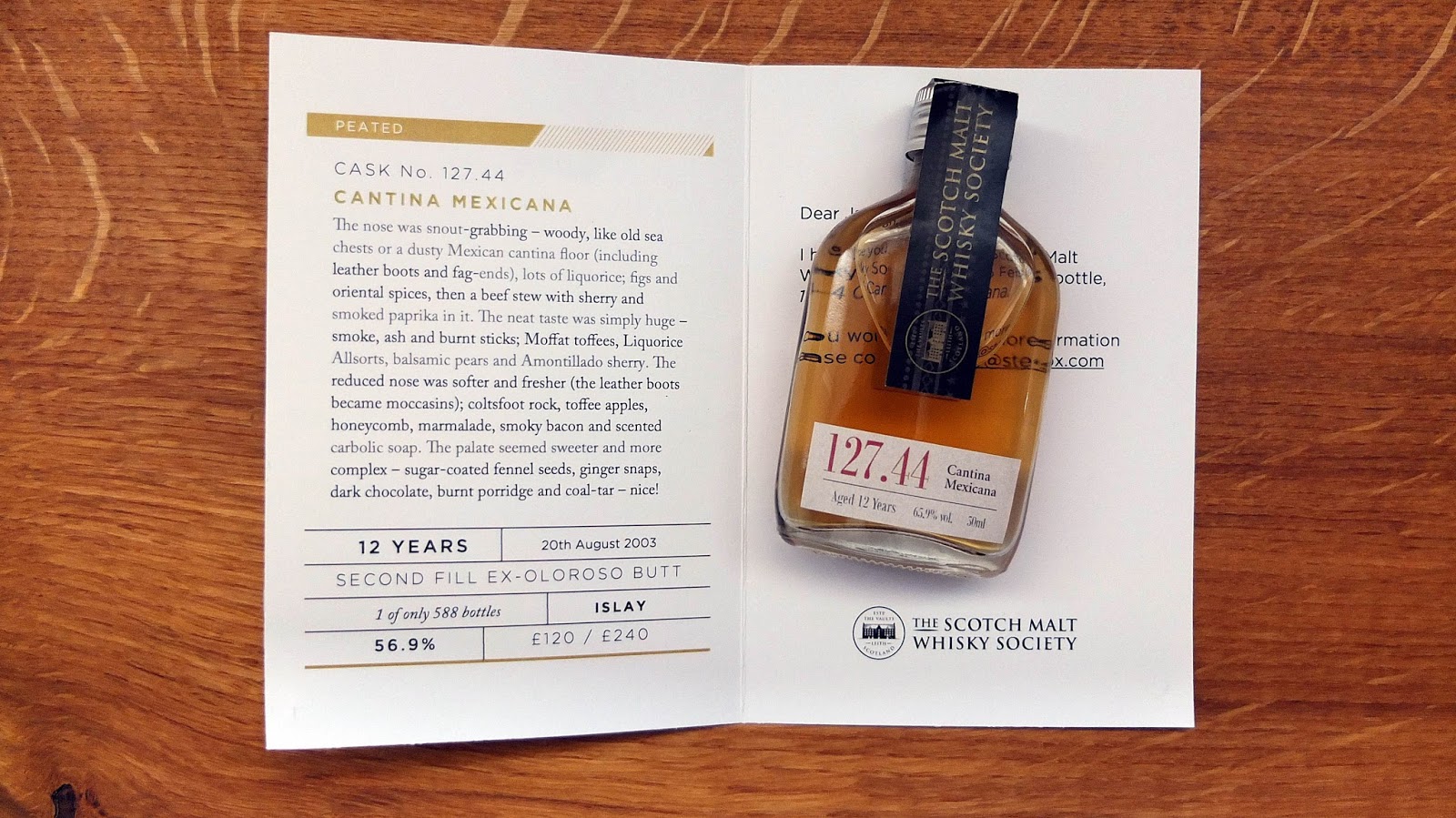 For Whisky Rover it comes down to the whisky itself, as this Port Charlotte could be fantastic and then what I’ve just said has just faded into the void, or at least been put into perspective.

Colour: a dirty bronze
Nose: pungent moss and seaweed all that glorious vegetative decay. Tobacco and a salty brine mixed with beef stock. Crispy smoked bacon with damp wood and a balsamic thickness quality. With water initially its incense sticks before dark chocolate mint rises up, as does a fired peat kiln and a well-spiced haggis crust. Returning to the glass the following morning, spent matchsticks were the dominant force.
Taste: intense pork scratchings and caramelised bacon with strips of bark. I did pick up a little soap in the undergrowth along with a smoked chilli paste and a black bean mole - the Mexican connection! Char-grilled steak leads into an earthy finish.

Overall: a mean pigheaded dram that goes beyond the Port Sgioba 8 year old Port Charlotte review from 2015. This SMWS 127.44 release therefore comes highly recommended and what about that asking price? Ok, for once its justified having debated and sampled the contents; I would pay £120 for this whisky experience.