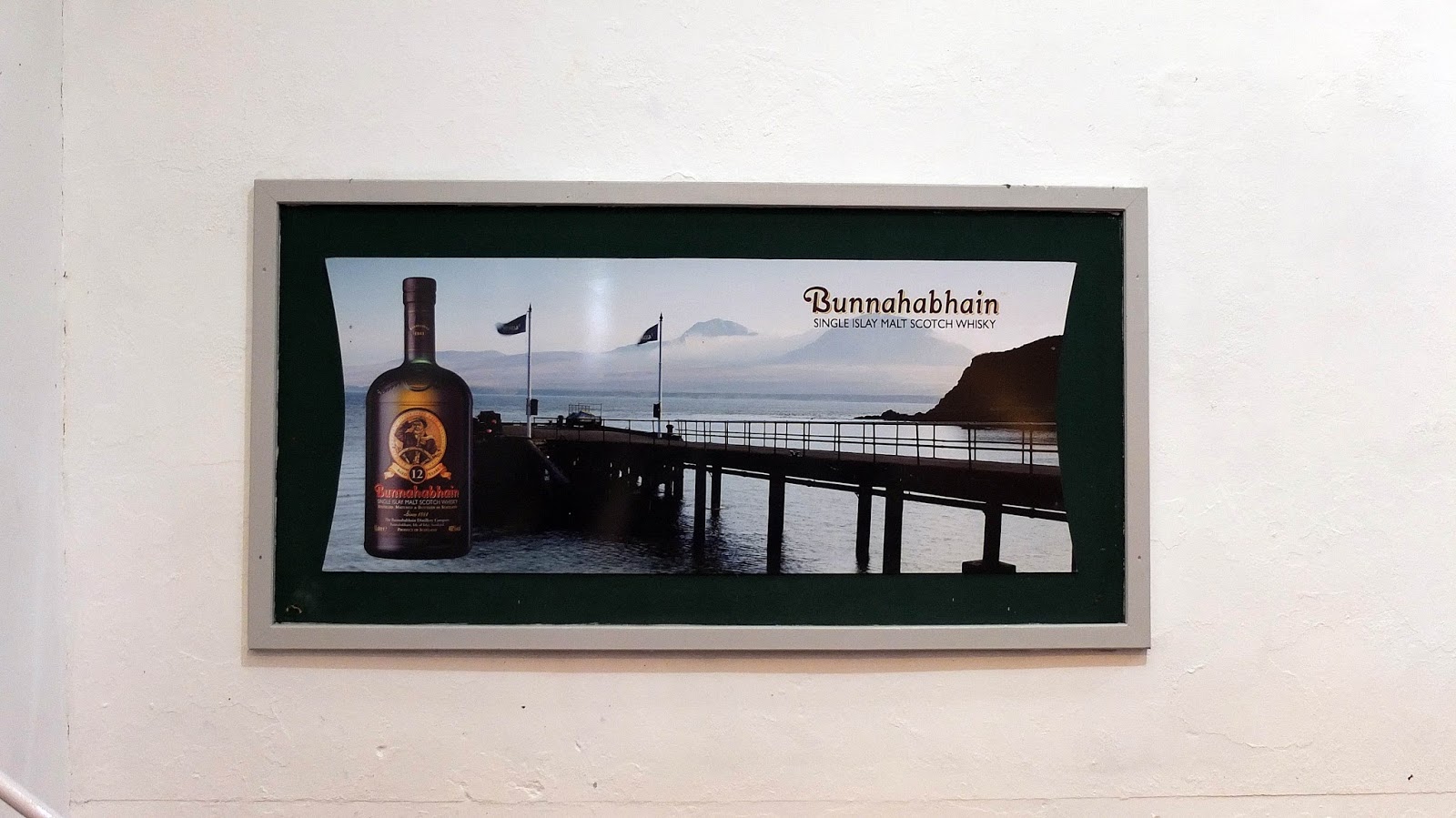 My whisky journey is brimming of memorable moments and it continues to grow as I seek out new adventures, or return to old ground with a little more time to appreciate things. In 2016 I can add venturing north to the Spirit of Speyside Festival as part of #thetormore4 as another chapter.

After my recent trip to Islay as party of the Bunnahabhain Feis Ile Day Tripper 2016 event, I can add another to the list thanks to a stunning setting and the Bunnahabhain 12 year old. Throughout the trip we consumed a great deal of this particular whisky thanks to our generous hosts. It possesses a mix of approachability and character, finely balanced for your enjoyment. Towards the end of our marathon day event, a fellow traveller exclaimed that he used to love the 12 year old. That is until he’d consumed so much during the trip that it was enough to put him off for life! I’m sure he’ll return to it given time. Reflecting on the voyage whilst reviewing this whisky, the range of locations I sat back with the 12 year old firmly in my grasp was bewildering.

Let me think, there were the couple of coaches, a mini-bus, a dunnage warehouse, on the ferry and back at the hotel. In-between all of this was the most inspirational setting, as I stepped away from the distillery and sat out on the old pier at Bunnhabhain, overlooking the Sound of Islay. The water was crystal clear and peacefully still, gently lapping at the shoreline. This enchanting setting was dominated by the backdrop of the Paps of Jura that reached out like a beacon. With the sound of the Feis Ile events ongoing just behind me, mixed with laughter and the distant buzz of a live band, the pier was a surprisingly solitary affair on such a gorgeous day. In front of me lay Jura the most devilish of whiskies and behind an old faithful friend in Bunnahabhain.

I’ve always enjoyed the 12 year old but had taken it for granted moving on to seek out other whiskies and never considering stopping for a moment or even turning around. This peaceful nirvana represented the ideal moment to explore and digest what the whisky represents today. It’s taken a while for Burns Stewart to steady the ship at Bunnahabhain, as upon purchasing it from Edrington group in 2003, the deal did not include the casks at the distillery. Now with Distell purchasing Burns Stewart, there does seem to be an increased confidence and expectation amongst the staff we met on the day trip and at the distillery. Bunnahabhain, this sea-faring sleeping Neptune of the seas, is slowly rising from the depths. 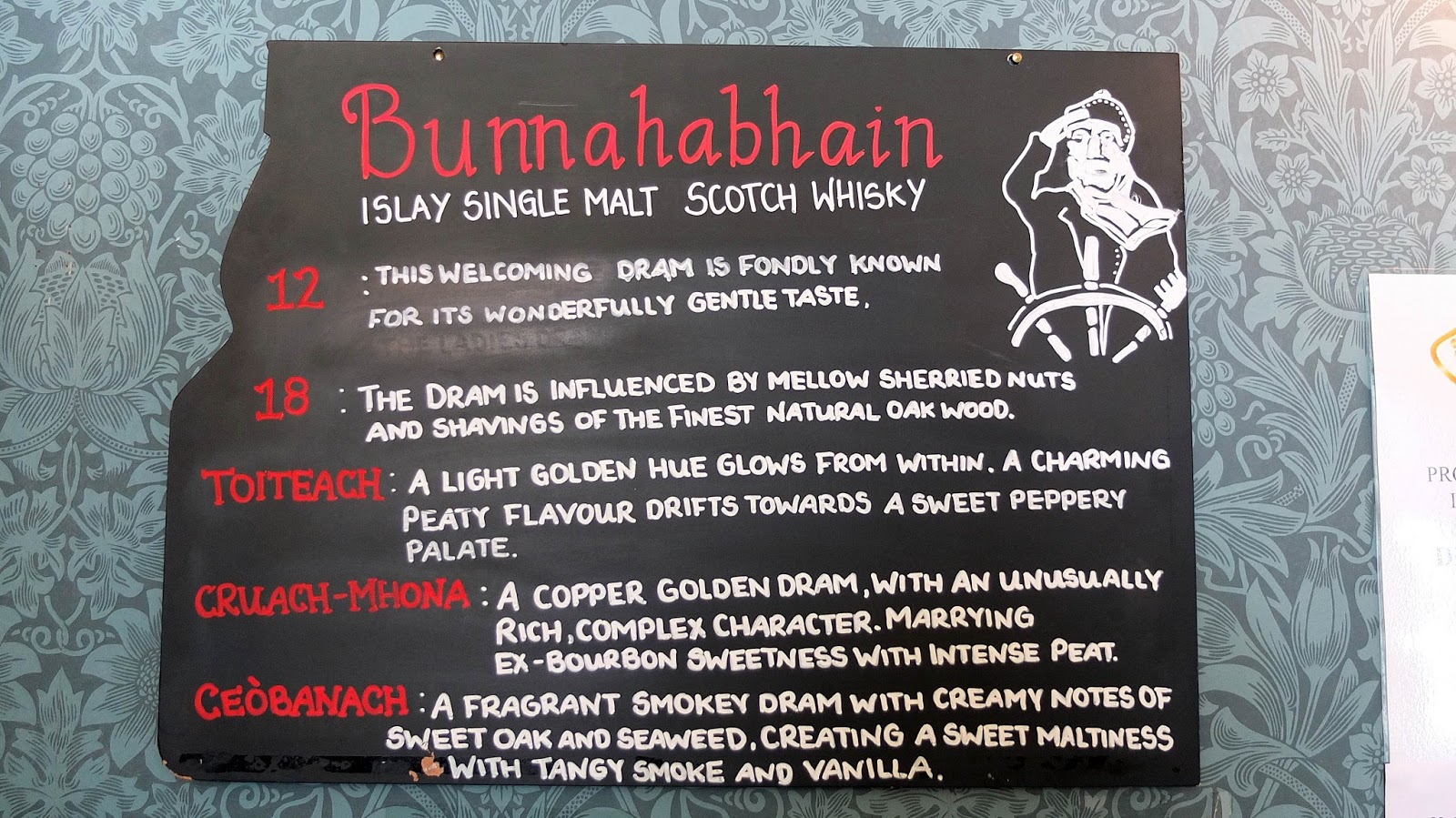 For an age statement you can pick this up for under £40 which is a fair price in today's market. Bottled at 46.3% volume, it’s also unchill-filtered and natural colouring; meaning it’s a winner on several fronts just like its Deanston brethren. Prior to 2010 the 12 year old would have been a 40% or 43% strength bottling and included some colouring and filtration. Arguably old-timers will state the ratio to sherry to bourbon casks has changed. My memory is a little hazy on this point and such a debate can only be resolved via tracking down some older bottlings in due course. For now lets get down to business with the current 12 year old version.

Colour: melted caramel
Nose: cigars of all things with toffee and walnuts. A little salt and a used pencil eraser not forgetting a leathery buff. Some white cap mushrooms, oranges, wax and cracked black pepper.
Taste: more of that tobacco influence with the used pencil rubber and salty peanuts. Malty with a subtle sherry cask influence within the mix.

Overall: nothing to dislike here a perfect entry level whisky which leaves you wanting to explore the range further. Well priced and it does deliver. I'd quite happily serve this or spend a relaxing evening in the company of a bottle. Upwards and onwards to the 18 year old next...