Lady of the Glen Auchentoshan 1995 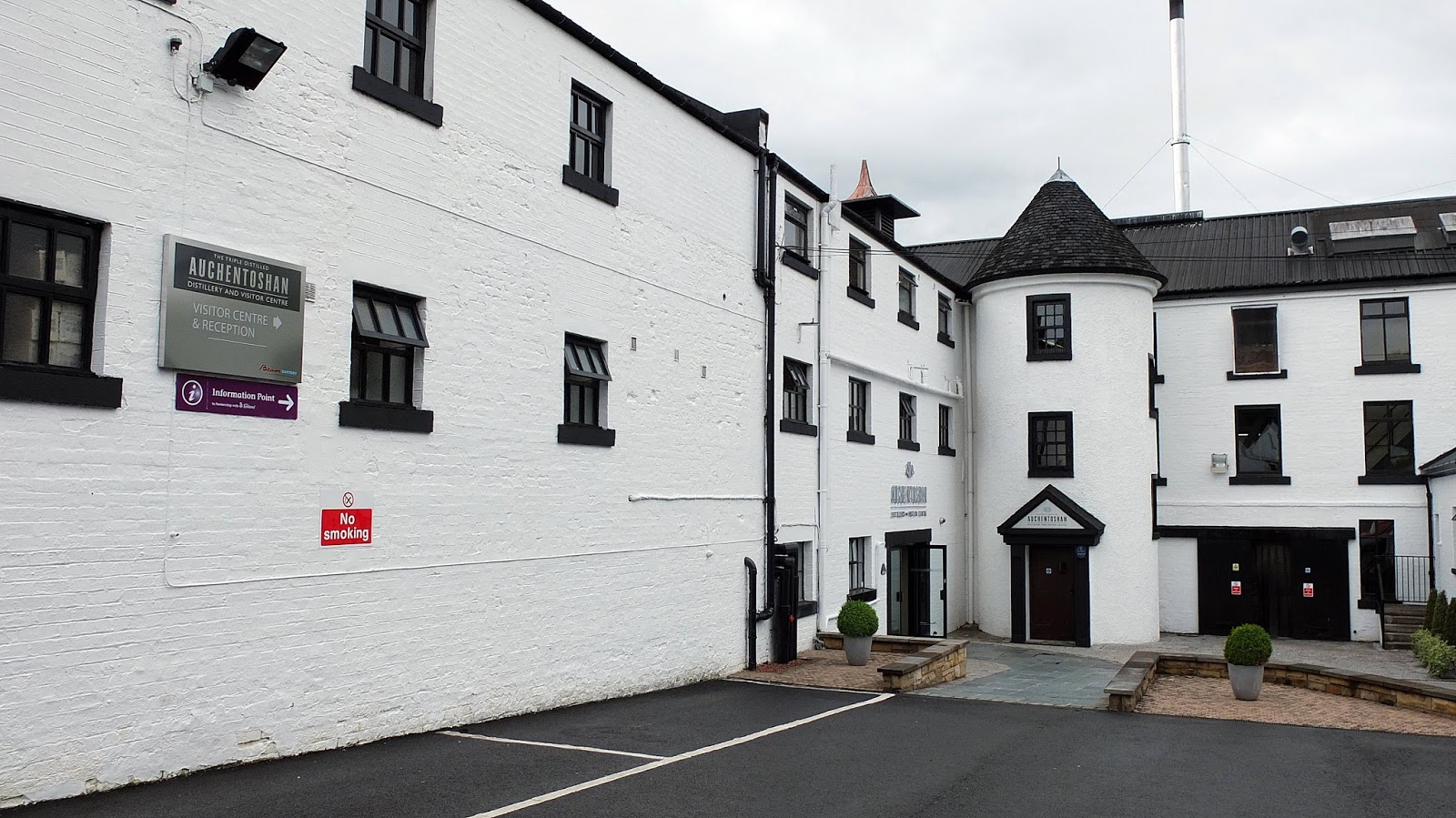 It's good to see a couple of new releases from local independent bottler Lady of the Glen. I've tried my best to keep up with Gregor's recent releases going so far as to put together a Lady of the Glen vertical tasting earlier this year.

The latest releases from Lady of the Glen are from Auchentoshan and Aultmore respectively. For this review we'll kick off with the former which is a lowland distillery that practises triple distillation, which is normally associated with Irish whisky. However this triple process was a core characteristic of several Lowland distilleries; its just Auchenthoshan has managed to outlive its rivals.

Funnily enough I did venture into doing an Auchentoshan vertical tasting last year that proved very worthwhile. It's a divisive producer with many of the official bottlings proving to be lacklustre and devoid of character. Auchentoshan is Gaelic for a corner of the field, which gives you some indication as to its origins in 1823. Nowadays Clydebank has expanded and surrounded the distillery. Residential housing has formed on most sides apart from a major road that provides the main access point to Auchentoshan and for travellers heading west.

One of Scotland’s oldest distilleries it was the brainchild of a local corn merchant who saw the opportunity to create a distillery. Scottish distilling history is populated with tales of enthusiastic owners bankrolling their own distillery; it’s something that continues into the modern age. However back in the 1800’s it seems John like so many other counterparts miscalculated the cost of running a distillery once initial build was complete. John Thompson at Knockando for instance witnessed his dream come true in 1899 with production coming to an end just 10 months later.

John Bullock managed to maintain Auchentoshan for a little longer, lasting 5 years before bankruptcy ended his dreams of a whisky fortune. The tenacious Bullock family weren’t content with failure and his son Archibald took control of Auchenthoshan in 1829 but he himself went bankrupt the following year. John Hart, a distiller, purchased Auchenthoshan along with a local farmer in 1834, allowing John Bullock to see out the remainder of his years living rent free on the site. A period of stability arrived at Auchentoshan and a succession of owners in the form of local whisky merchants ensured it remained relatively productive until the Second World War. Production resumed in 1948 before more ownership changes and a forerunner of Morrison Bowmore Distillers Ltd took charge in 1984. Before they themselves were taken over in 1994 by the Japanese firm Suntory who retain control to this day. 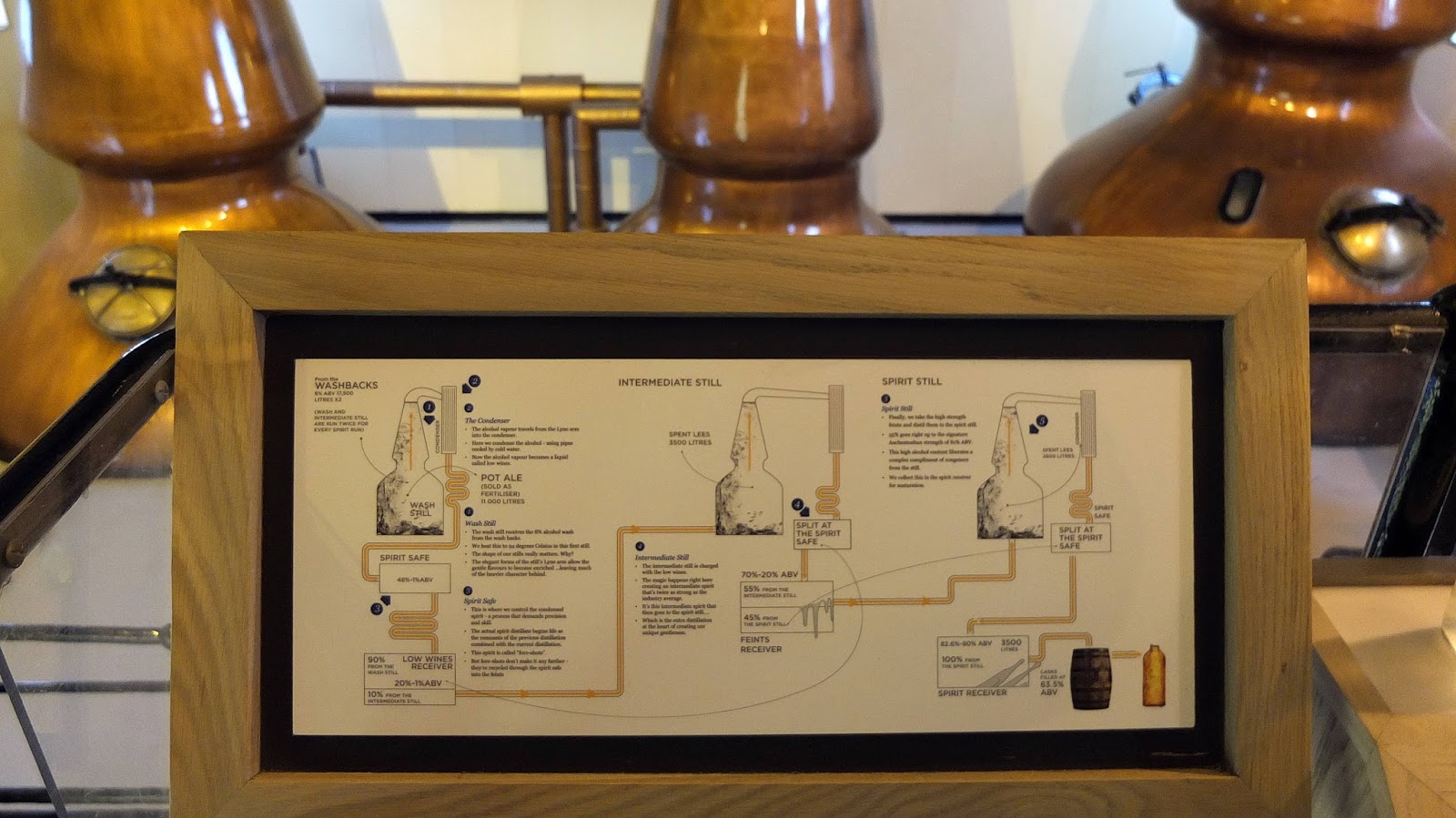 Prior to the aforementioned vertical tasting, for several years I was reliably informed that the only true way to experience an official Auchentoshan was to visit the distillery and their bottle-your-own offering. This provided the glorious Auchentoshan Bordeaux 2006 at cask strength complete with no master blender tampering. As its a reward only visitors can snare; this natural beauty isn't an accessible option and the decent Auchentoshan Three Wood a relatively poor alternative.

Where is he going with this I hear you ask? Well, there is method in my madness. Let me explain. Where do you look if you're seeking a decent Auchentoshan noting that some of the core essentials are cask strength, natural colouring and no chill filtration? Yes, an independent bottler as shown by my appreciation of the Cadenhead 1992 Auchentoshan. Now lets check out this independently bottled whisky, with thanks to Gregor providing a sample.

Colour: a golden olive oil
Nose: a creamy lemon posset followed by green peppercorns. Then I was going to say an ice cream wafer cone, but upon reflection its more Amaretti biscuits with a dusting of icing sugar and honey. Golden syrup, muted citrus notes and all-spice are evident, but the addition of water brings out raisins, cinnamon and more orange emphasis.
Taste: a subtle sherry influence with dark chocolate, vanilla sponge and cracked black pepper. Water delivers another herbal note before moving into liquorice and nutmeg.

Overall: water really opens up benefits this Auchentoshan; ushering the traditional vanilla and citrus characteristics to combine with the harmonious influence of the refill sherry cask. It's a dram I recommend investing time with one evening. Only by sitting down with this Auchentoshan will you fully appreciate what it can offer by delving into its realm and discovering new depths.

Watch out for my forthcoming review of the 23 year old Aultmore from Lady of the Glen.