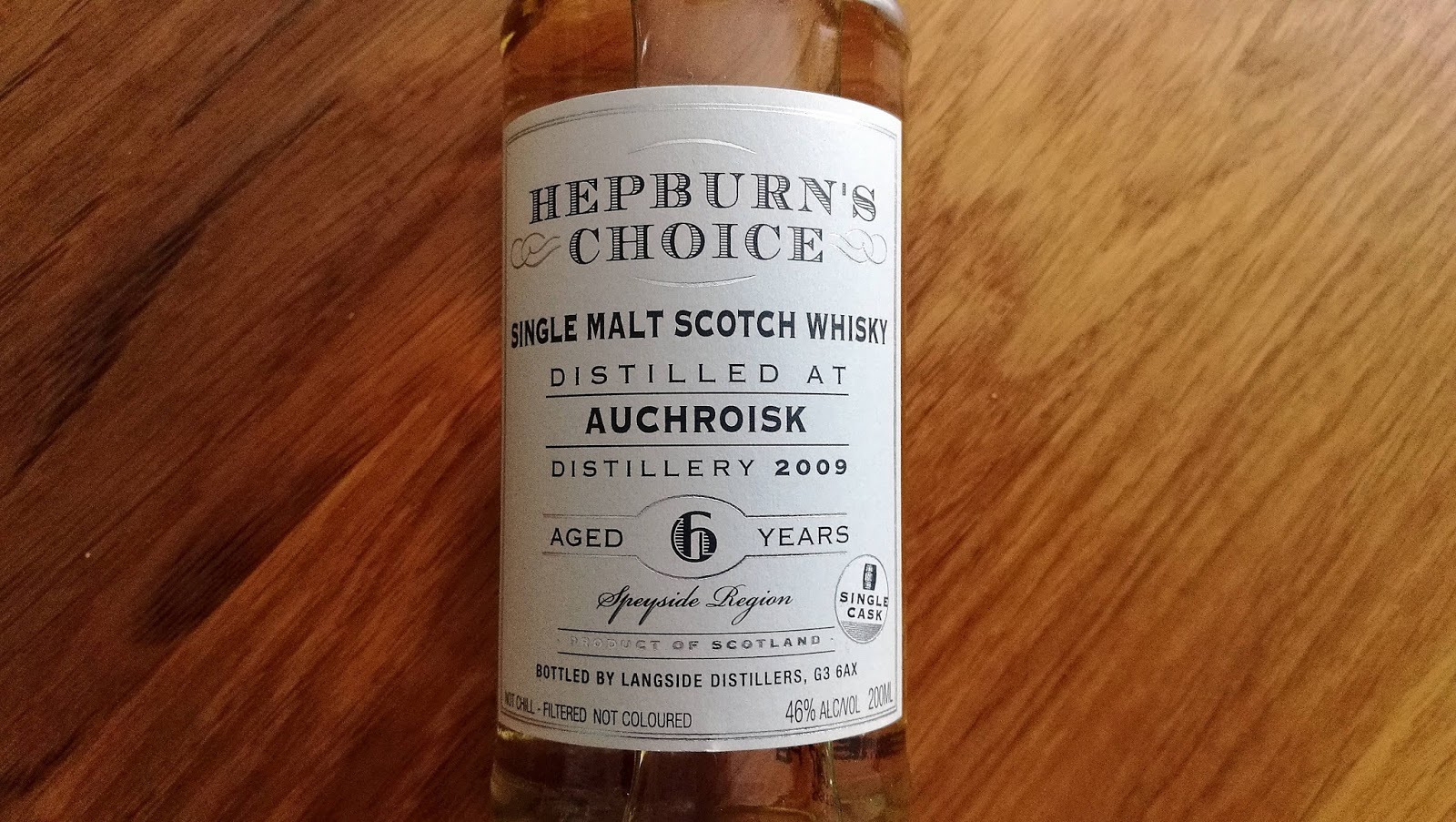 The reassuring thud of the car doors closing reverberated across the stark Speyside landscape followed by the growl of an engine springing into life. The satellite navigation system recalibrated our journey.

The safety net of leaving 15 minutes to reach our destination of Auchroisk distillery was now ripped to shreds. From the splendour of our base camp at Tormore distillery, a winter storm front began to close in and snowflakes descended on our perilous exposed position.  The heated seats worked their magic and the Tormore-mobile rolled onto the tarmac; ready to be unleashed.

‘nothing for it then, we’ll have to engage Sport Mode’

Memories of Sega Rally came back to the Tormore4 cohorts on that journey as we sped past various distilleries in search of our event at Auchroisk. Our destination was an invitation only event prior to the opening night festivities. For whisky writers and enthusiasts a tour of the distillery which is not normally open to the public had been laid on with a tasting session thereafter with a Diageo ambassador.

I’m not normally involved or seek out such events, as we faced a weekend of festivities that formed the Spirit of Speyside extravaganza.  If confronted my plan was to say I’m only the driver and direct the query elsewhere; in all likelihood to Dave for a thorough analysis and then a brief synopsis. It’s not about me just the whisky - I just deliver the Tormore4 membership and ensure their safe arrival and departure. That was the initial plan anyway, but thanks to Mark at Malt-Review and his formidable charms that leave public relation representatives love-struck, I found myself included on the guest list. 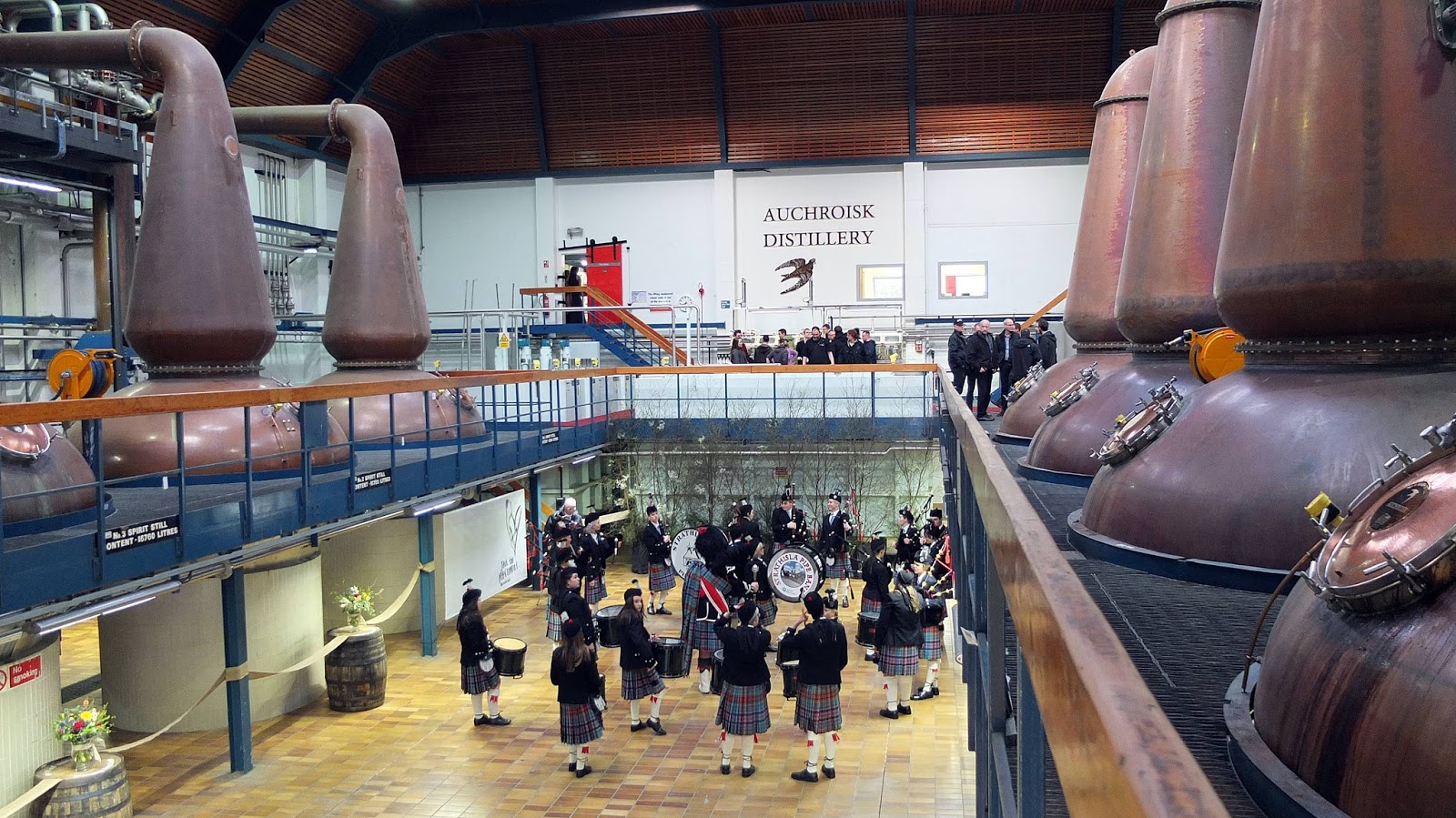 The weather conditions weren’t too bad for an experienced Scottish winter driver and the roads fairly passable as we thundered along the gorgeous landscape of Speyside. The clock continued to dominate our thoughts. There was always Sport Plus mode but I felt having only just met some of the Tormore4 that this wasn’t an advisable course of action. In all honesty I was taking it easy. Darting across a picturesque bridge it seemed a moment to consider that it was our love of a certain liquid that had brought together and of Tormore.

Auchroisk distillery soon appeared and almost disappeared as we decelerated into the bustling car park. A suitable space was soon acquisitioned and we entered the venue late but only fashionably so. Escorted upstairs we were welcomed by a party of familiar faces and others new to our small group. I shook hands and hugged fellow enthusiasts when confronted and then relegated myself to the remote end of the impressive room. Sitting beside Dave, we were ready to pass judgement and regain our composure after traversing 15 miles.

Auchroisk distillery it should be said isn’t going to win awards for beauty. It is however a vital cog in the Johnnie Walker recipe of success and the distillery manager and his team are very proud of the whisky they create. As Cadenheads are soon to bottle a 27 year old Auchroisk from a sherry butt as part of their Club membership, I’ll discuss our tour of the distillery in greater detail when the bottle arrives next month and my subsequent review.

As for the other members of the Tormore4, they felt the need to suggest that I did not engage Sport Mode again during our festival experience. Instead various comments about driving and critique would be provided after each journey. Given that the Speyside festival encompasses the whole of the whisky region this would be a thorough examination lasting several days. 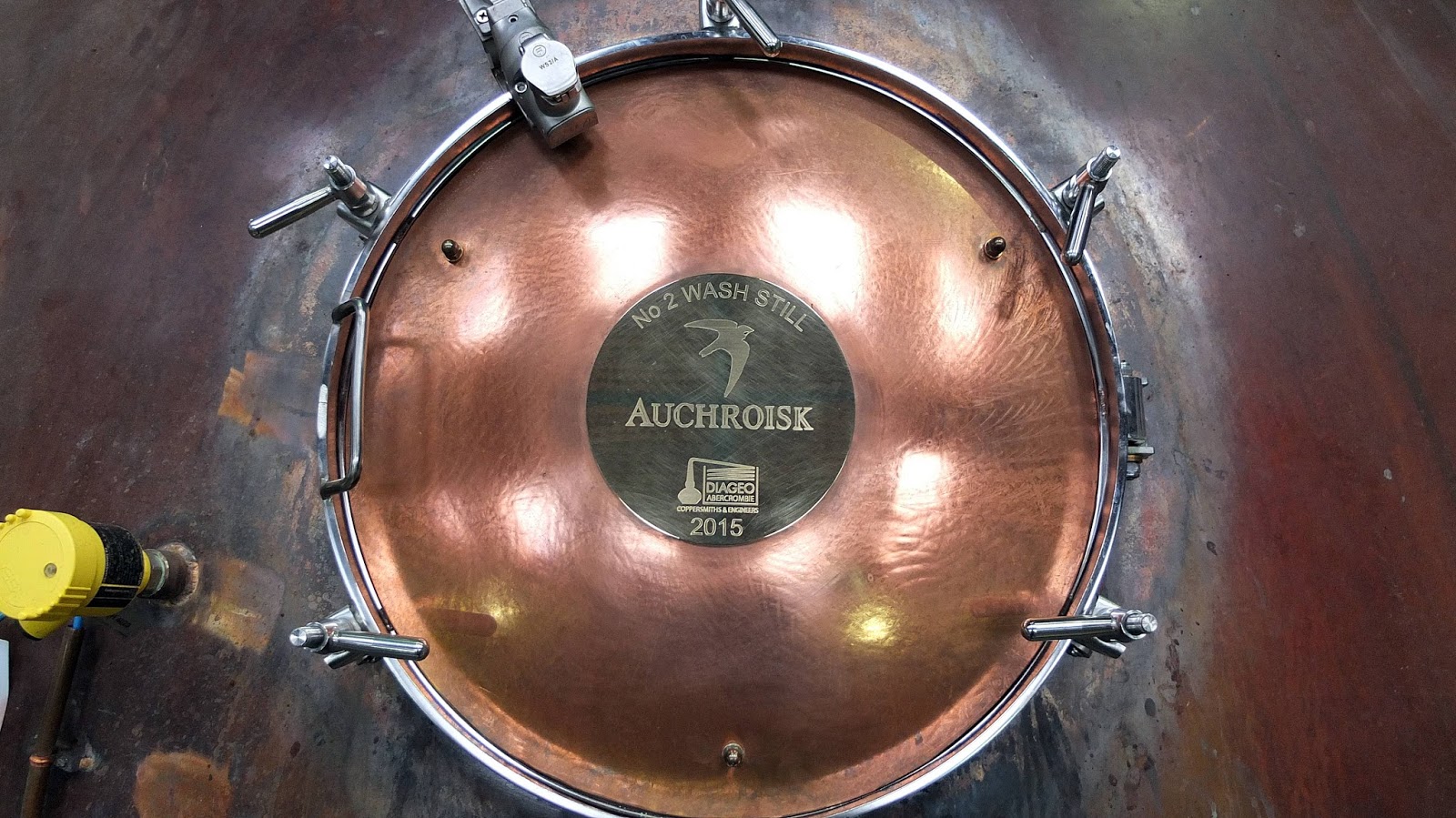 This Auchroisk is bottled at a youthful 6 years of age under the Hepburn's Choice Malt Whisky range. Owned by Langside distillers the principle dynamic of this range is affordability and focus around a single cask bottling. Each release has the core fundamentals of natural colour, no chill filtration and being bottled at 46% abv. I particularly like that you can find their releases in sizes such as 20cl which for around £14.99 allows you to experience the whisky without resorting to a full sized bottle purchase.

Colour: sawdust
Nose: a dusty pine shelf initially, then almonds and wine gums. Lots of vanilla and cotton sheets meaning this is a light and approachable whisky. A floral note, stale bread, peppermint and white chocolate buttons rounds off this youngster. A splash of water brings out the lime juices.
Taste: crushed peanuts and pine cones. Barley sweets, white chocolate and a flourish of lime zest. That cask char and vanilla fondant icing. With water more fruity notes with apples and pear drops.

Overall: there's nothing here to really criticise, or in effect rave about. A perfectly solid, decently made whisky with a juvenile characteristic. It lacks the real dynamic flavours seen recently in this Carn Mor 6 year old Knockdhu and is a touch mundane, but a pleasant opening sipper.