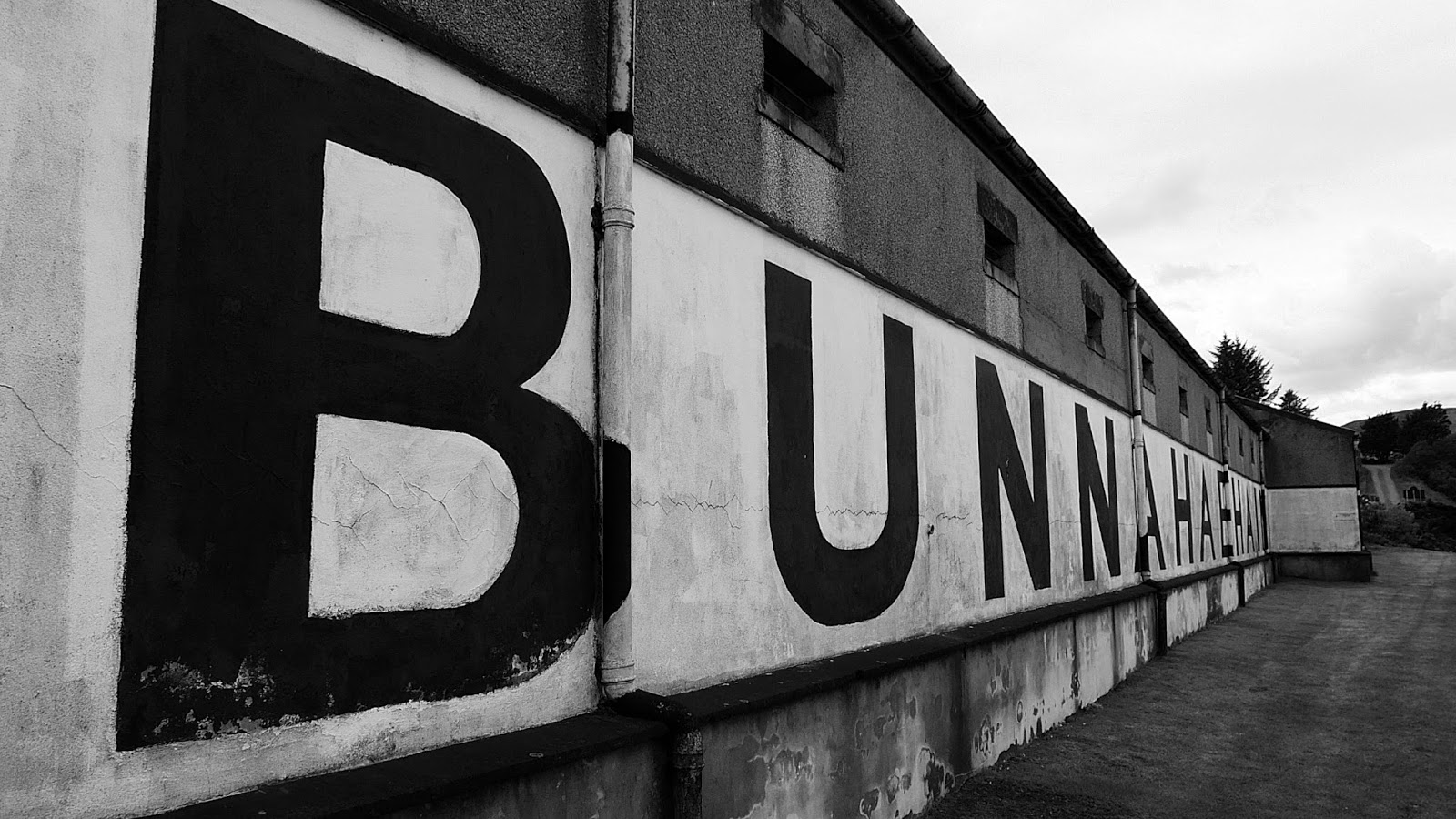 Ah, Bunnahabhain. One of my favourite Islay distilleries simply because they just go about their business with modesty and a restraint that some of their fellow island distilleries could do well to take on-board at times. The whisky speaks for itself without the need to send it into space, the bottom of a peat bog or on a widespread Land Rover cruise.
I had the privilege to visit the distillery early this year as part of their 2016 Day Tripper Feis Ile event and it remains a highlight. Visiting Bunnahabhain confirms that whilst it has lacked investment and modernisation compared to other competitors, it retains a rugged sea faring charm set against a wonderful coastal setting. Quite often nowadays I’m asked for travel advice by folk wishing to come to Scotland and I’m more than pleased to offer assistance. It still amazes me that many of these visitors focus not only on Islay (thereby missing out Speyside, Lowland, Highland or Campbeltown) but specifically on the cluster of distilleries at the southern end of the island. Head north I tell them, visit Bunnahabhain and experience their hospitality. Venture out onto the distillery pier and take in that view with a dram. Ok, Jura is somewhere within your field of vision but even from this vantage point it is likeable.
What we have here is a Bunnahabhain Moine whisky that has undergone a metamorphosis thanks to the use of a rum cask. The Moine is a heavily peated spirit that often appears as a special release from Bunnahabhain. Traditionally Bunnahabhain shuns the peat indulgence of its Island competitors. It’s not totally peat free say like Glengoyne but has a very low level of 3ppm phenol or thereabouts which is anything is more a gentle seasoning. Moine is Gaelic for peat and represents a ten-fold increase around 35-40ppm phenol.  One of my favourite bottlings from 2016 is the 8 year old heavily peated Bunnahabhain from the MacPhail collection, which will set you back around just £35 and delivers on all fronts.
Bunnahabhain does have a maritime feel of its own enhanced by its location, branding and the whisky itself. Often a second maturation or finish (depending on the duration) is used to mask the quality of a whisky or lift it up from a decaying slumber. Unfortunately it’s a common trick that we see nowadays on a regular basis, which diminishes the appeal when it’s done simply to try something new or to go boldly where no whisky has gone before. It can backfire such as the Benrinnes 8 year old from Hepburn’s Choice that utilised a rose cask finish. Not necessarily a bad whisky by any means it just didn’t deliver anything new or worthwhile. Much like the rocky coastline around Islay, the use of an additional cask is fraught with danger. 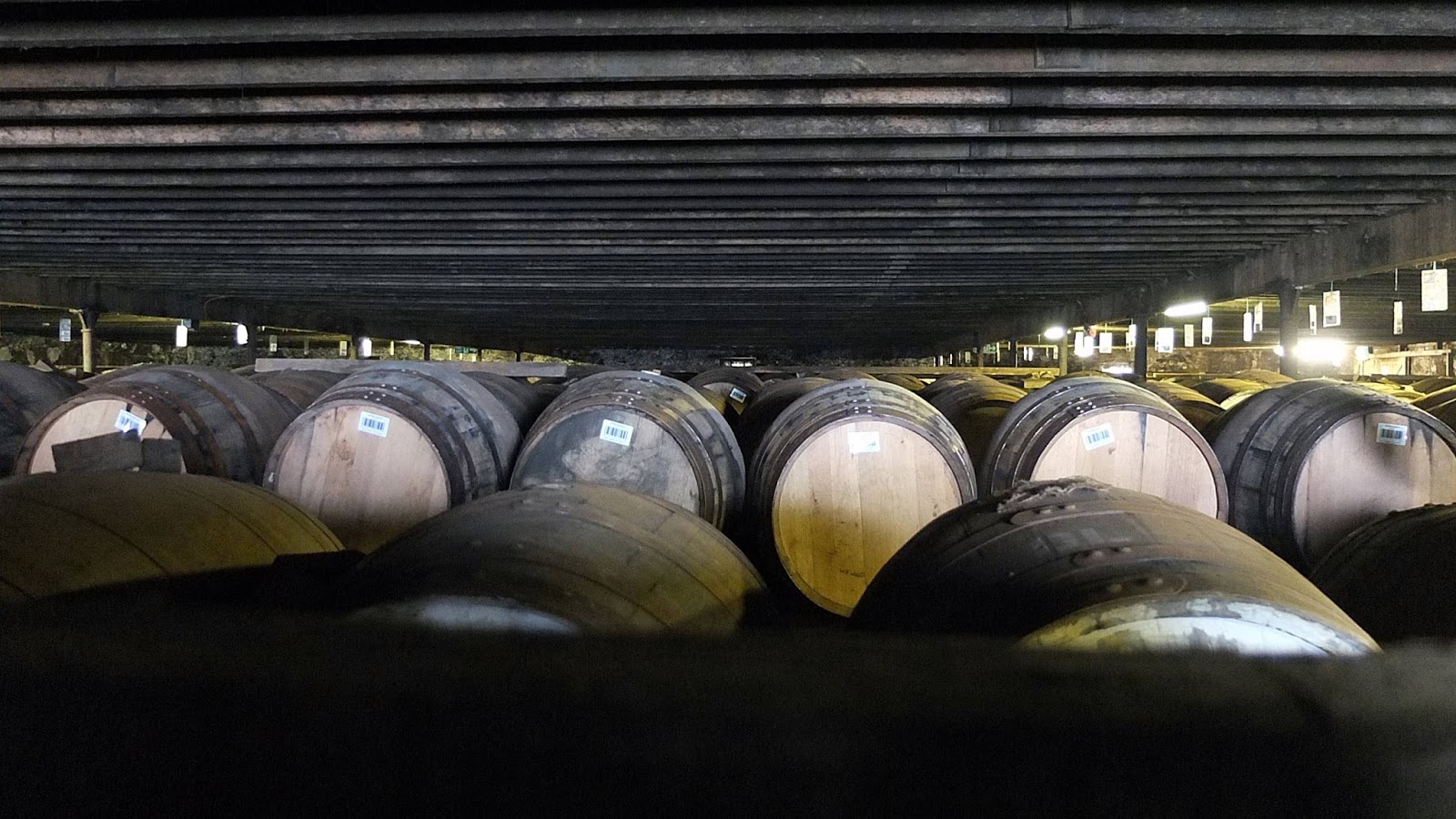 Rum casks work extremely well with whisky as many will highlight with the Balvenie Caribbean Cask release. Actually I find that expression lacking as after an enchanting nose it tends to evaporate on the palate, but that’s Balvenie fans for you; they love that lightness. Then there was the excellent private bottling from Bruichladdich that was matured completely in a rum cask – finally a Laddie to saviour. My recent experiences with the Caroni Dornoch releases highlighted the symmetry and frankly history shows us that a sailor would always have a bottle of rum nearby rather than a whisky. Taking the heavily peated Moine spirit and placing it in rum casks for a period of two years already looks like a winner on paper but what about the whisky itself?
This Bunnahabhain was finally bottled during October 2016 after 12 years maturing initially for a decade in an ex-bourbon cask. Just 242 bottles were released at a strength of 54.2% to celebrate the launch of the distillery online shop. It seems to have sold out promptly although it is available from online retailers for a premium. Originally this would have set you back around £100 and is natural colour and un-chillfiltered.
Colour: golden syrup
Nose: oh that's interesting a mix of vegetative peat, sea salt and brown sugar. Golden syrup, all butter shortcrust pastry, fennel and moss. A real sugary presence with candy floss and a hint of molasses.
Taste: a real sea faring experience with more sea salt, smoked bacon and maple syrup mixed in with those beach fire embers. The cask has injected this with a chocolate sponge sweet rush and molasses with a deep Scottish breakfast blended tea.
Overall: these Moine bottlings from Bunnahabhain show a worthwhile side to the distillery and are worth seeking out for those who think Bunnahabhain cannot match the peat stylings of its island neighbours. The rum cask here over 2 years has provided a gentle coating and deeper undercurrent to the overall whisky.