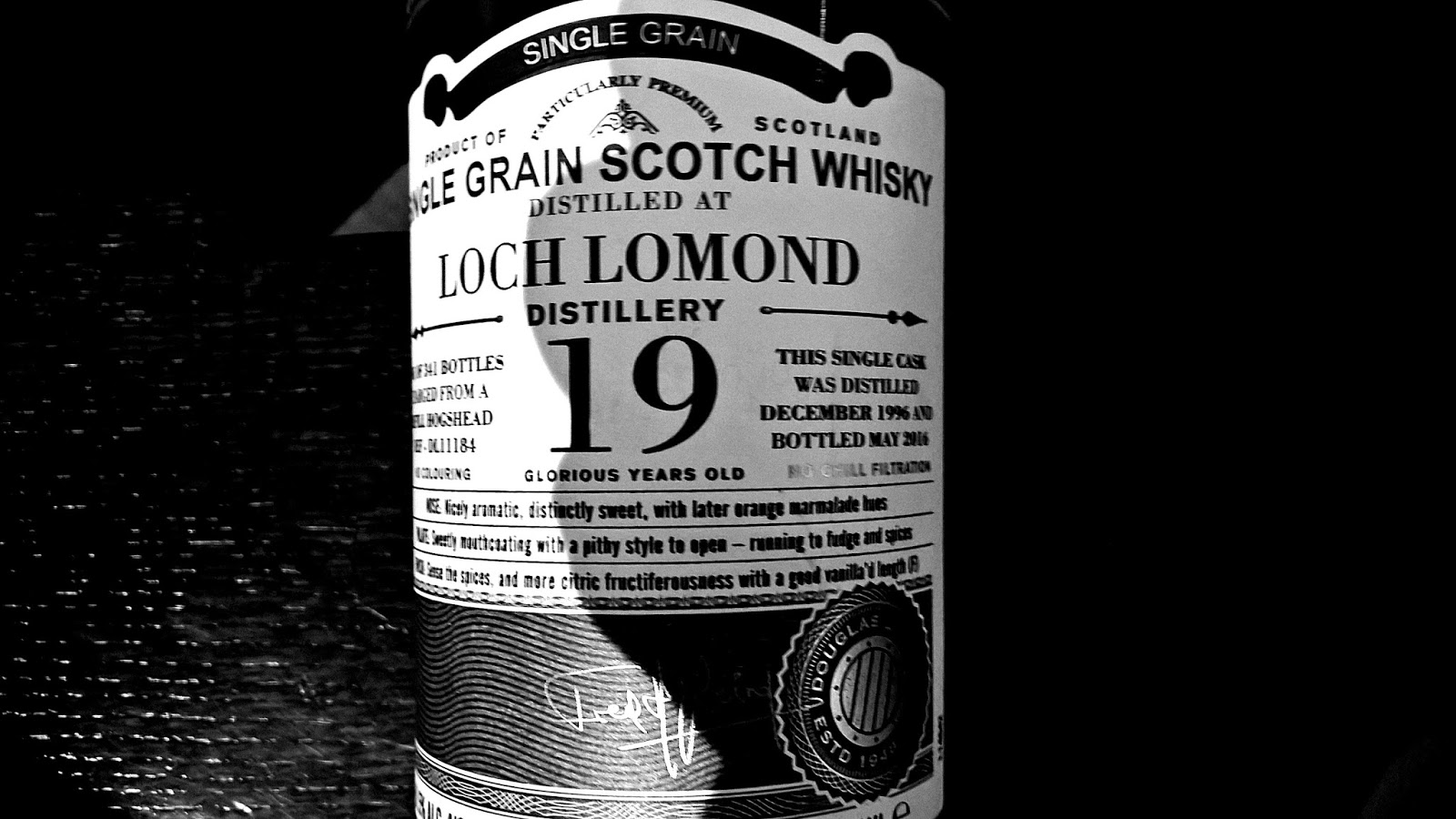 Recently I sat down with the official single grain whisky from Loch Lomond distillery. It was perfectly pleasant but with the emphasis on a No Age Statement it was a difficult release to become excited or enthused about. Two things grain does require are patience and time. I generally believe grain comes of age during its second decade although there are exceptions such as the impressive Signatory 1998 Ayrshire Grain whisky which was just 16 years old.
In essence the more time the better as then you begin to approach delights such as the 43 year old Invergordon grain whisky bottled for the Dornoch Castle Whisky Bar. A high quality dram with a lovely texture and a reasonable price tag to seal the deal. It's almost unfashionable to say you actually enjoy and appreciate a good grain.

Grain whisky is a dirty little secret for some enthusiasts who have been turned away by the rising price of single malts. Aged malts in these wood turbo charged times can be overpowered by the cask host whereas I find grain whisky manages to work in tandem with the cask delivering impressive results. Grain tends to be cheaper and more appreciated by the independent bottlers such as Douglas Laing who have given us this Loch Lomond as part of their Old Particular range. Expect to pay around £67 for this bottling which on the whole seems entirely reasonable and follows on from the excellent 11 year old Port Dundas in the same range.
Loch Lomond distillery is an overlooked producer partially due to a wealth of releases that covered all the bases but never excelled in any particular one field. New ownership and a revitalised range means a new found confidence for the distillery which includes its grain producing plant. This is where this particular release was distilled in December 1996 before being bottled in May 2016 from a refill hogshead that resulted in 341 bottles at a strength of 51.5%.
Colour: a morning haze
Nose: well tinned pineapple believe it or not, then lemon rind and almonds. It's a light and grain-like nose with marzipan and a buttery pastry. Glucose syrup and some faint orange round off a reasonable set of characteristics.
Taste: nutty again like the official grain and pleasant texture. A little alcohol roughness on the fringes but nothing dramatic. Not much of a finish though. The main thrust is a mixture of crushed nuts, bread dough and black pepper.
Overall: a tried and tested nose from this Loch Lomond but nothing memorable or headline grabbing. The palate continues the theme. There's nothing wrong with this as its a pleasant sipper but I'm finding grains from Loch Lomond to be a little dull based on recent experiences.