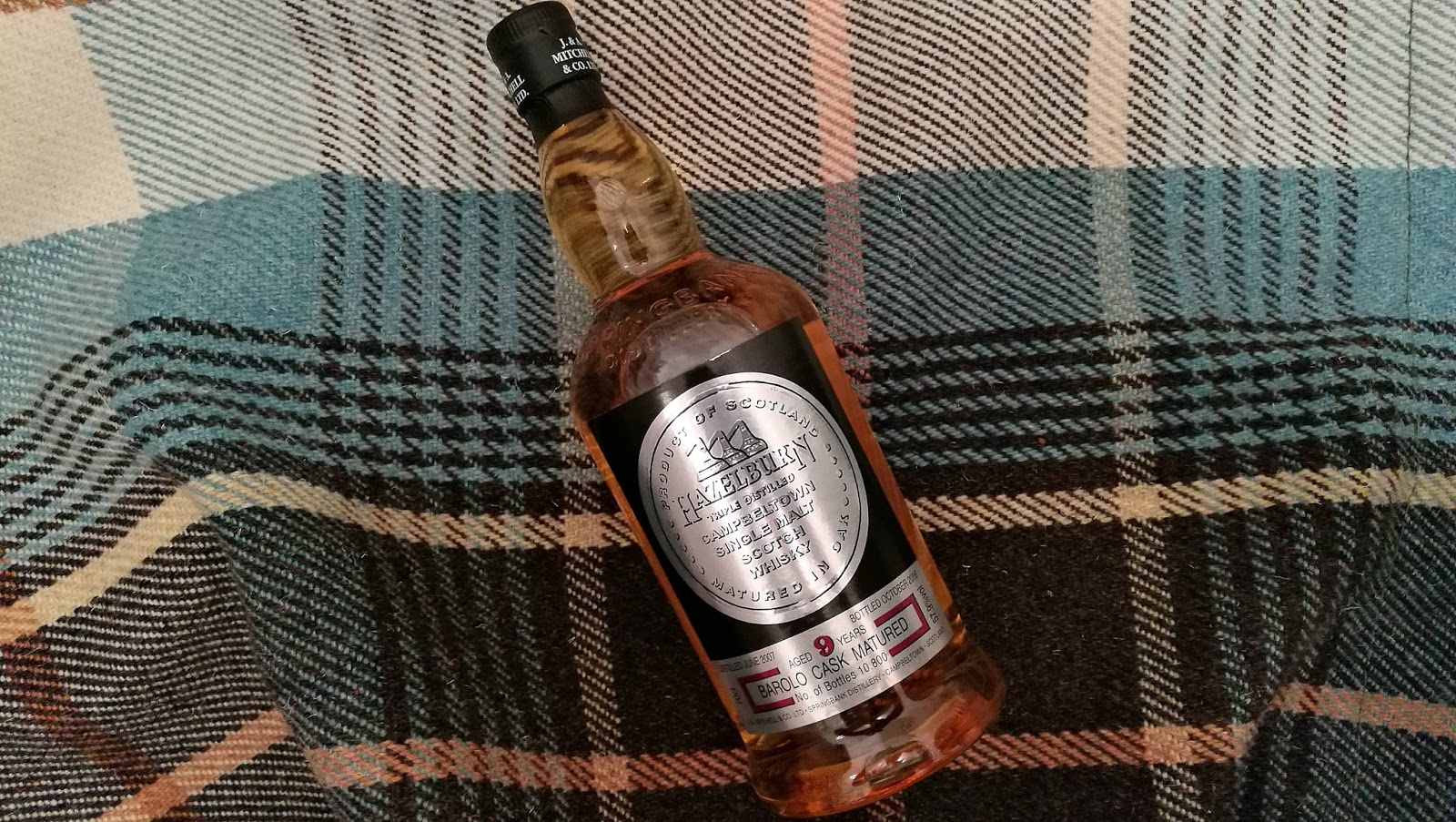 Backstage at Whisky Rover there are many secrets and also decaying, articles, reviews and concepts that need more work. Take this Hazelburn review, which has been coming longer than a Celtic defeat.


I purchased this 9-year-old Barolo cask matured release, well it ages ago now I recall and tasted it shortly afterwards before putting it aside. Part of the reason was that the whisky just didn’t sit well with me from the outset. I just couldn’t delve into it and thoroughly engage or identify that point were I felt satisfied that I had done the whisky justice. Then over the coming months, I continued to return to the bottle.

Hazelburn of course isn’t a distillery but a style of whisky produced at arguably Scotland’s – if not the world’s – greatest distillery in the form of Springbank. As with any bottling or theme from this cultured producer, there is an inspiration to the name. For Hazelburn, there was once a distillery in Campbeltown that did feature the title and it was open for around 100 years. Established in 1825, shortly after the introduction of the Excise Act, the distillery was in the hotbed of the Campbeltown region before the bad times stuck and the town went into decline.

Towards the end of its lifetime the distillery ended up in the hands of Mitchell & Co, who remain owners of Springbank to this day. Unfortunately for Hazelburn the end was in sight and the distillery closed in 1926. To commemorate its existence, around 10% of Springbank’s annual output is distilled in the Hazelburn style i.e. triple distilled and unpeated. By all accounts the original distillery was damn good at producing the more Irish style of spirit that is only consistently produced at Auchentoshan nowadays. 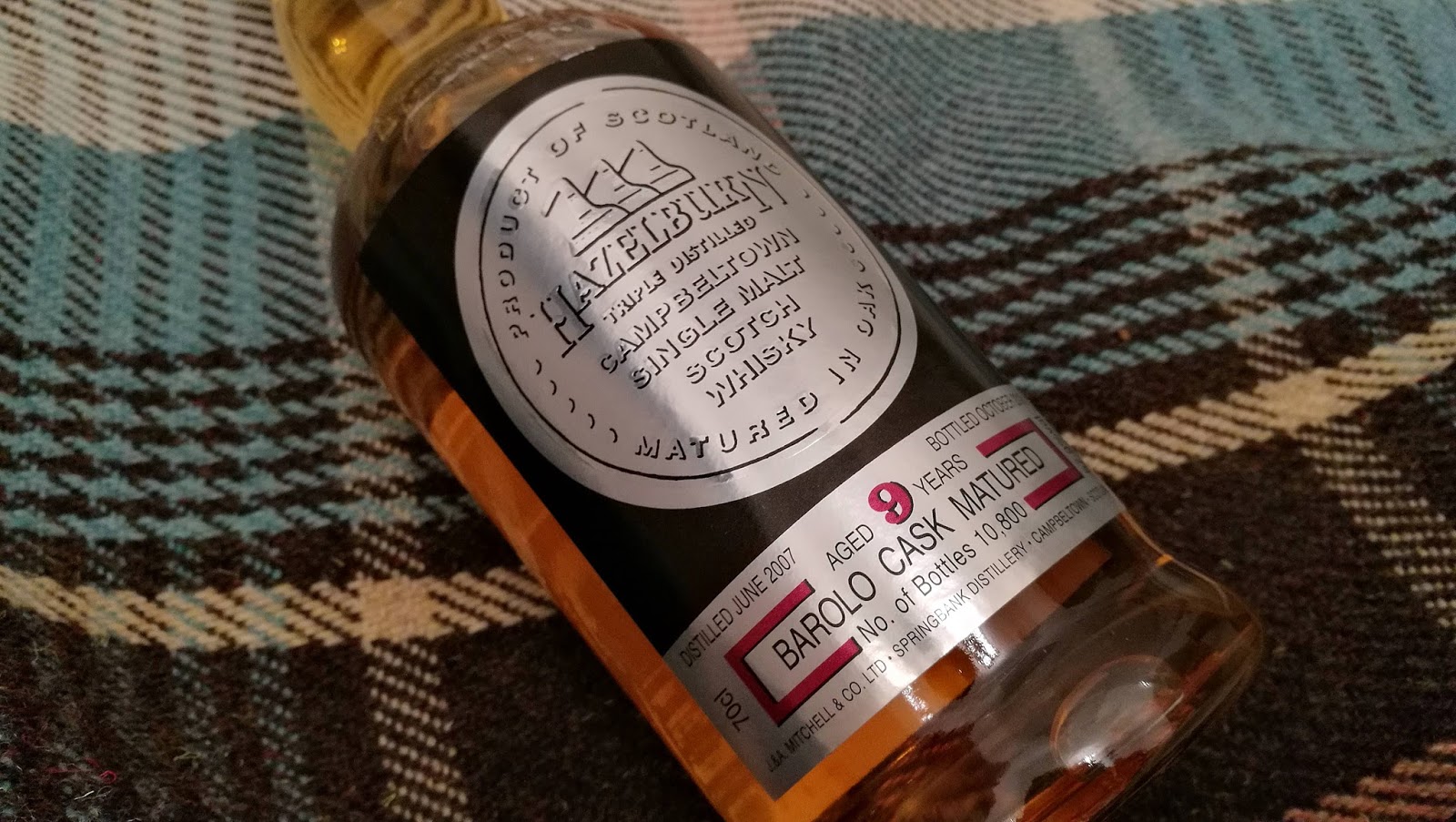 It’s another string to the formidable Springbank arsenal and a light and engaging style of whisky that lends itself well to unusual types of casks. This particular release was distilled in 2009, before being bottled in 2016 with a total outturn of 10,800 bottles. Initially for its first 6 years, it spent this time in ex-bourbon casks, before a final 3 years in refill Barolo wine casks, which previously had contained Springbank whisky. The end result is a whisky bottled at 57.9% strength and would have cost around £60 when I purchased it.

Colour: a light honey
Nose: punchy yet sweet at cask strength. A malty aspect but its the apricots and lemon sponge that dominate. A floral aspect followed by bananas and a touch of white wine vinegar. Golden syrup enforces the sweetness, juicy fruit chewing gum with a creamy vanilla toffee and lychees.
Taste: a refined aspect reinforces the triple distillation of the spirit. A subtle vanilla, more lemon sponge followed by icing sugar and marzipan. A little butter, tinned pineapples, white chocolate and green apples.

Overall: this does benefit from a drop of water. Yes, it occupies the sweet end of the whisky spectrum; a very fruity whisky laced in sugars, which won't be to everyone's liking. I must admit whilst I'll finish off the bottle eventually, its not one I will fall in love with.