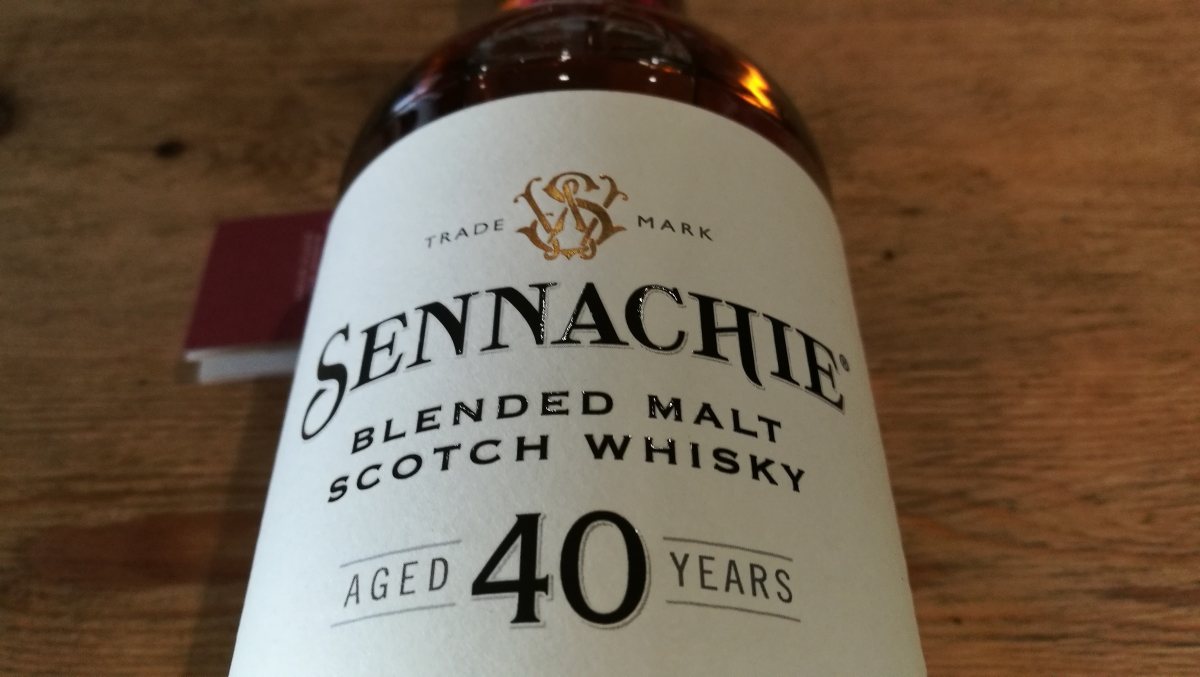 Full disclosure always here at Whisky Rover, this sample was given to me by Andy, who is not only a good friend and an Ardbeg nut, but also a fellow member of #theTormore4 and knowledgeable whisky enthusiast. He played a small part in promoting this bottling known as the Sennachie.

Senna-what? Was my initial response as Andy handed over a sample and showed us the finished bottling, which has to be said was in a solid oak box that underlined its quality and craftsmanship. Inlaid with an exclusive Harris Tweed lining woven by Donald John Mackay MBE from the Isle of Harris. High expectations are set just from the presentation that lacked any of that cheapness seen via the Highland Park wooden frame nonsense that accompanied their recent Norse series. If these wood presentations were actual boats, one wouldn’t make it beyond the jetty whilst the other would see the other site of the Atlantic. I’ll let you decide which applies.


The Sennachie, or Sennachaidh, is the traditional storyteller in the Gaelic community and the official tasked with detailing the clan’s history and ensuring that this information is not lost. Basically, the person who had the responsibility to remember the legends and tales that have been plundered by marketers ever since. It was deemed an important role (by now Andy was inspired by Mark’s Waterford-ambassador persona and giving us the full works), including the whiskies that comprise this blended malt. Remember folks; 40 years will be the youngest component in this arsenal of geriatric whiskies.

What I will say is that this is a vatting of five Speyside and Highland malts to produce this lavish malt blend. Yes, I know the constitute parts but that’s not for me to disclose, but lets say there are some formidable distilleries within this mix. Distilled generally in 1975, these were married together in two hogsheads during 1983 and left to transform. In total these casks spent 32 years within Springbank distillery. This location arguably adds another twist to the agenda being far from Speyside or the Highland regions. A southern coastal location, residing alongside some of their finest casks it may have tossed an element of salt with an ocean breeze into these tasting notes. 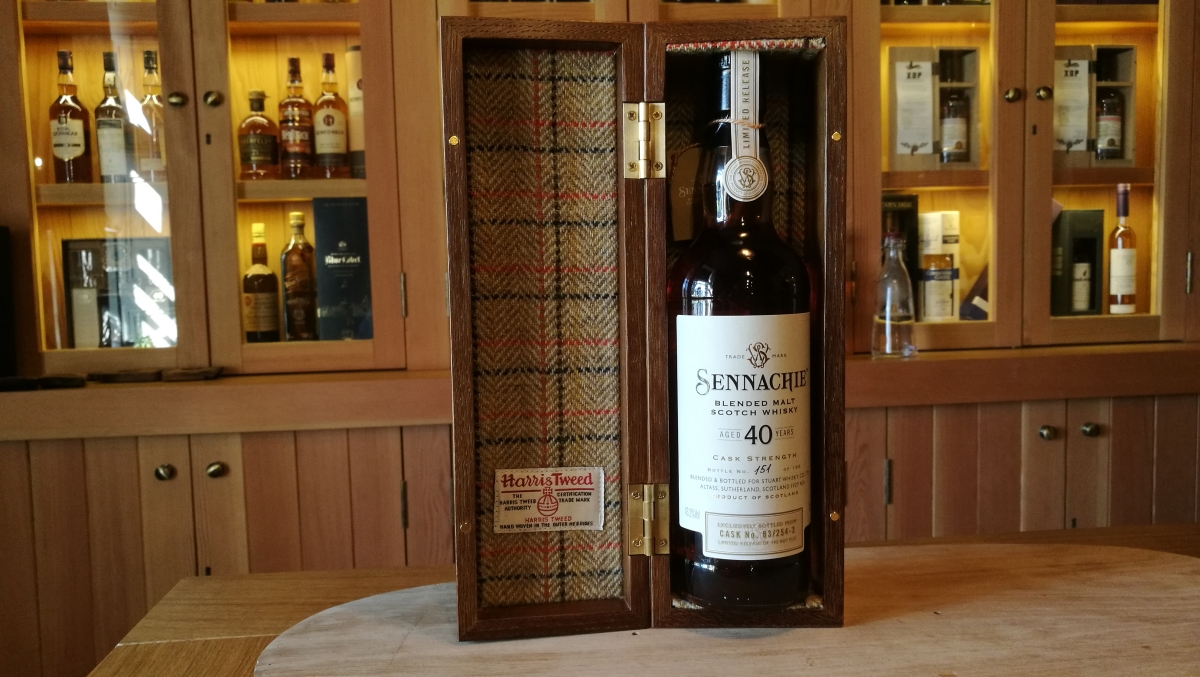 This release is exclusively available at the Carnegie Whisky Cellars in Dornoch for the recommended retail price of £500. By all accounts it has been selling well, which is a testimony to its tactile presentation and legacy. A relatively new arrival on the whisky scene, it’s a couple of doors down from the infamous Dornoch Castle Hotel, with its copious selection of whiskies proving to be a global draw. The Whisky Cellars has proven successful as well, winning awards and stocking an interesting mix of new and old whiskies for sale. From what I recall of Andy’s verbatim, this latest release is almost all spoken for and what few bottles remain will be on the shelves in Dornoch.

Colour: butterscotch
Nose: where to start is my initial thought? There a rich decadent caramel undercut with a lovely sherry influence including cherries, redcurrants and shards of dark chocolate. Layers of sweetness with honey, fudge and rosehip before subtle spicing with ginger, a gentle vanilla and cotton sheets. Beneath all this foliage is a delicate scattering of salt, apricots and caramelised apples. Then just for a moment a wisp of smoke to marry the whole experience.
Taste: now the Springbank influence becomes more apparent, now if feels more Campbeltown with its complexity and layers. Ginger snaps, walnuts dipped in dark chocolate, honeycomb, rubbed brass with cracked black pepper and sliced red apples. It’s a hybrid with one element not dominating any of the other contenders.

Overall: a glorious nose that the palate doesn’t quite match, but it’s a thankless task upon reflection. The strength isn’t quite there, I felt there was a noticeable echo of what might have been. However, this shouldn’t distract from what is very much an exclusive and one-off whisky that we’ll never seen the likes of again. Knowing the component parts, for £500 this won’t be repeated so if you want a historical bottle then this is a serious option.