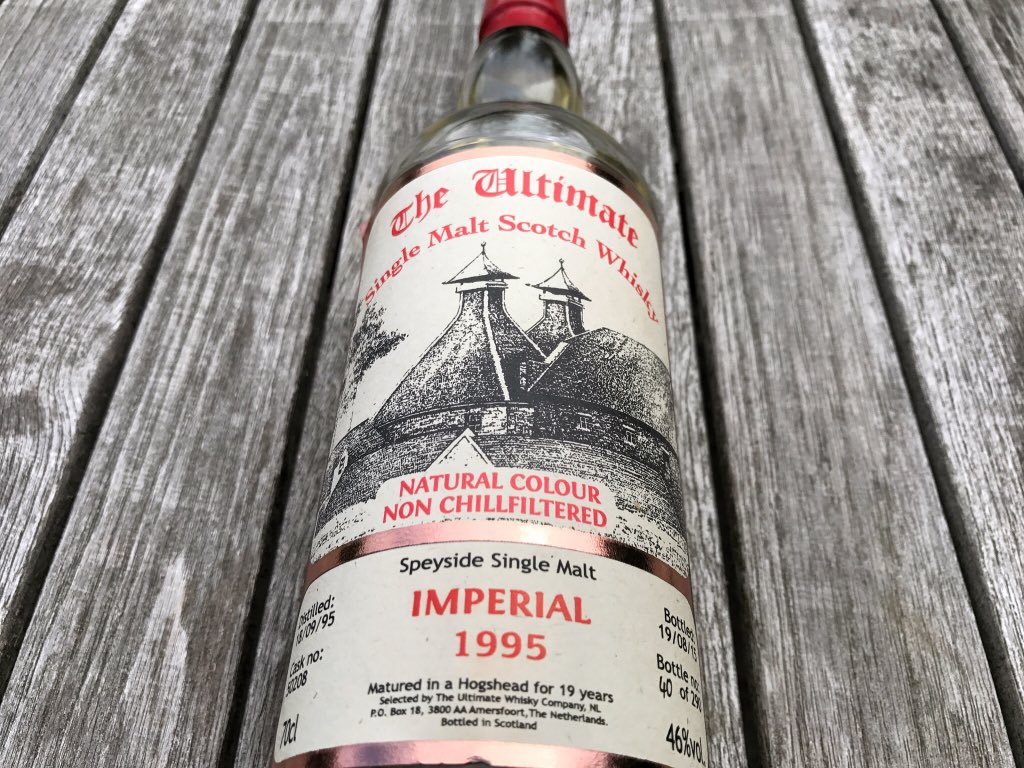 Honestly this whole closed distillery lark can take over your life. At times it’s best to actually step away and take stock of the chase and the ensuing madness. Several such distilleries were thankfully closed for a very good reason i.e. Pittyvaich, whilst others have only risen to prominence since extended periods of maturation such as Port Ellen or Linlithgow.


Then there are the distilleries that produce consistently good whiskies and remain relatively affordable. For a while there – until a couple of years ago – Littlemill and Caperdonich certainly fell into this genre, with the former actually starting to show its true potential. However, in recent times prices have outstripped supply and even now these distilleries are unaffordable to many, if you’re able to purchase a bottle upon release at retail.

There does remain a source of consistent pleasure and one that nestles nicely under £100 for a bottle. This rarity is Imperial distillery, a Speyside producer established in 1897 before being demolished in 2013 to make way for the pristine Dalmunach distillery. It had a chequered history with plenty of stop-start moments and periods of closure before a theatrical pantomime ‘will they or won’t they’ demolish or reopen the site. In the end Chivas decided it was far more practical and cost effective to level Imperial for a new producer.

In some ways I do respect the logic at work here but for an industry that is heavily reliant on its history and traditional values. At times it seems all too eager to tear down and bulldoze history in pursuit of efficiency. It is all a little too hypercritical at times, but the marketing masterminds do wear the most brilliant of blinkers. They after all, only tell us what they want to hear in the public domain.

Imperial itself was established towards the end of the 1800’s and was only in production for a matter of months before the Pattison crisis that engulfed the industry, prompted it to shut its doors for 16 years. Even after this period of inactivity, Imperial only sparked into life under new owners for a modest 6 years before closing again in the 1920’s. It’s maltings were utilised for the benefit of nearby distilleries and the cycle of no its open, oh no its closed, continued to haunt this distillery. 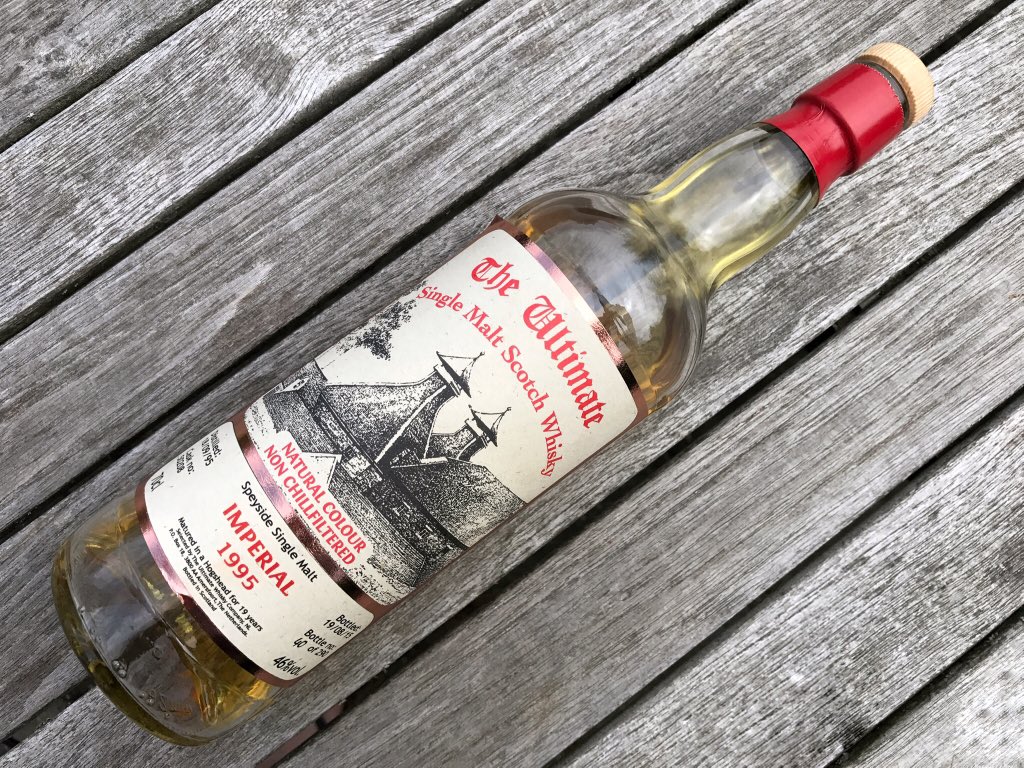 Upon reflection it’s a shame as being designed by Charles Doig, Imperial offered the genesis of a new style of distillery. Utilising modern methods of the time it was constructed with iron frames and solid pillars and then cased in red brick, sourced from Aberdeenshire. This stepped away from many of the established neighbouring distilleries dotted around Aberlour. Imperial was designed to limit the ravaging damage caused by fire that had destroyed many of its brethren. Ironically, given its lack of production, fire was the least of its worries and the corporate axe was the final blow.

This Imperial is bottled by Van Wees as part of their The Ultimate range and is one of a handful of casks from this distillery that are always non-chill filtered, natural coloured and 46% strength. This independent bottler was established in 1994 and since has kept those thirsty Dutch masses occupied with a varied and extensive series of bottlings. This Imperial was distilled on 18th September 1995, before being bottled at 19-years-old. This whisky comes from hogshead number 50208 and resulted in an outturn of 290. My thanks to WhiskyLifestyle for providing me with a sample of this whisky, the photographs and watch out for the Van Wees Rosebank review that’s incoming soon.

Colour: raw dough
Nose: light and floral assisted by lemon with a hint of ginger moving into orange peel. It’s very approachable like all the popular Speyside whiskies. Red apples and a lovely coating of beeswax provide the main body, but I’m enticed by the spicing on the fringes. There’s a delicate sweet cinnamon here along with vanilla pod that brings creaminess to the agenda.
Taste: my initial thought here is the strength of 46% has taken out some of the character. There is a noticeable buttery quality, combining with the apples and kiwi fruit. All-spice on the fringes with a little pepper towards the finish. More of that waxy character.

Overall: a very enjoyable Imperial, rather relaxed and utterly sublime. A joyous example of a Speyside whisky with more character and vitality than your Glenlivet, Glenfiddich and Balvenie combined.