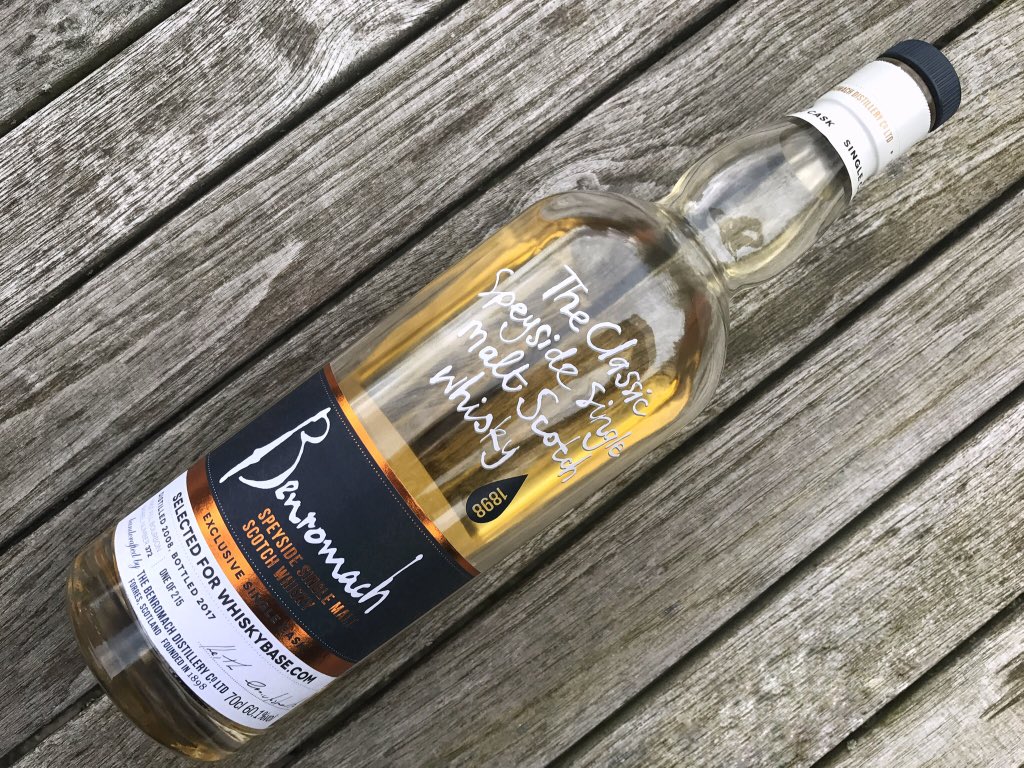 As we prepare to mutilate ourselves in order to detach from Europe in what has become a sinister death cult propelled by right wing zealots south of the border. There is the consideration and argument what has Europe done for us? Whilst these weary and bitter men in their white gowns can point to headline nonsense such as bananas being a certain shape, I actually believe the benefits are greater than many truly realise, until its too late.

Whisky Rover isn’t a political forum and the Scotch Whisky Association represents us all so well. Instead, Europe has given us the biblical resource that is known as Whiskybase. In essence it’s a platform for whisky enthusiasts to come together united in their love for whisky and passion for debate and discovery. With a long overdue new version debuting earlier this year, a more stable platform has been established as the chronicles swell to almost 100,000 bottles. I’ve had the pleasure of meeting some of those involved with Whiskybase and their passion and knowledge for whisky is very impressive.
A growing extension of Whiskybase is the series of bottlings they’ve put together under the archive range distinctly decorated with sea creatures. I’ve tried a couple with positive reactions, but my chains to the Cadenhead 175th 2017 wagon prevent any further discoveries until next year. Whiskybase has also bottled single casks working in conjunction with distilleries and this is what we have right here. It’s an interesting choice, as I know some of the team are quite partial to a Speyside whisky even though they need to work on their Tormore levels of appreciation. Their store in Rotterdam acts as the central hub, but with an online presence they ship abroad efficiently including returning whiskies to Scotland.
Whisky festivals are a common sight nowadays making for almost every weekend if you so wished. I'm weary of several that are for many attendees an afternoon session in as drinking as much as possible within the allotted time frame. Worthy exponents are thin on the ground given the widespread competition and if they’re not on your doorstep then the costs can pile up. Whiskybase launched their Gathering event in 2016 and from all post-event reports I’ve received, it’s an exciting addition to the annual whisky calendar. So much so that I’m due to attend the 2017 incarnation, which is held at the Maassilo in Rotterdam on 25th November. It’s a celebration of whisky much along the lines of the Glasgow Whisky Exchange Rare & Old event that showcased whiskies from all various eras. Already a highlight from a memorable year, I’m expecting more of the same in Rotterdam.
The event kicks off at midday for 6 hours of exploration with a couple of Masterclasses hosted by Angus MacRaild (Old & Rare) and Phil Thompson (Closed Inverness distilleries) offering a break from the showroom floor. Those fortunate to snap up a ticket for the whisky dinner the previous evening will have an assortment of Dutch cuisine and closed distilleries to experience. Included in the 27 Euro ticket price are 5 tokens to spend at the stalls with exhibitors from across Europe including Dornoch Distillery, Dutch Connection, Enrico Gaddoni, Whisky Nerds and many returnees from 2016 who were impressed by the whole experience. Expect the usual Whisky Rover commentary post event and maybe online if you follow me via the usual social media channels. There’s also a couple of bring your own bottle events with the cost of admission being that bottle of Tormore. 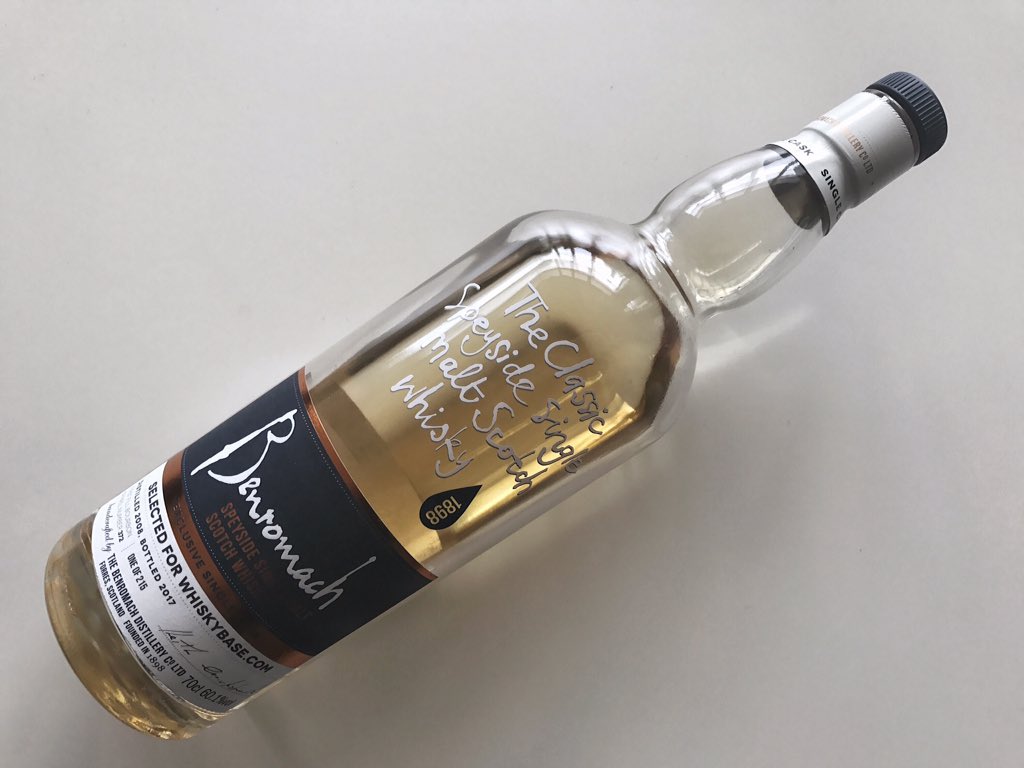 Back to the bottle at hand and age is just a guide, as I recently discussed how we’re transfixed upon numbers as part of a 1968 Glen Elgin review. It’s an easy habit to fall into and rather lazy. A whisky truly is ready when it decides to be so; there’s no set formula despite the best efforts of many. I still recall a Bunnahabhain straight from the cask a couple of years ago that was around 2 years ago, but it was delightful. This is no calling for the legal age to be lowered – far from it – yet it shows that moment of harmony and unison can appear unexpectedly. Meaning, I have a great deal of appreciation for Whiskybase for selecting this cask from Benromach at just 8 years of age and bottling it for release. Such a move must scream confidence and underlines the good work that Gordon & MacPhail have invested into the distillery acquiring it in 1993 and restarting production in 1998. Already a high standard has been established and some of the single cask releases from the 1970’s archives have been truly sublime.
Gordon & MacPhail set about reviving Benromach and producing the pre-1960’s Speyside style of whisky that has been sadly lost to time since across the industry with various improvements and modern practices. It’s a tall order as this style of whisky is harmonious and layered exquisitely offering delights to anyone regardless of experience. A touch of smoke plays a part in seasoning the whisky, but Benromach’s character is more than this individual aspect. It’s about letting the whisky develop naturally, a distillation process relying on human skill and a traditionalist ethic that runs strongly throughout each of the stages.
This release has sold out since appearing earlier in 2017, but it may appear via secondary sources. A single ex-bourbon barrel (#372), with an outturn of 215 bottles this would have set you back around 67 Euros and was an impressive 60.1% strength.
Colour: white grapes
Nose: very clean cut with a strong influence still of the youthful spirit and a hint of alcohol. A very spritey whisky with vanilla and fresh apples drizzled with lemon juice. Pungent to a certain extent and cleansing along with mint leaf. There's fennel, liquorice and a varnish quality to it and with water more spice and resin appears with fudge.
Taste: very creamy with apples and vanilla poached pears. A white chocolate dynamic alongside lime zest, talcum powder and liquorice once again. With water more of the resin, tarragon, cask char and a light caramel.
Overall: this whisky has won me over as upon first impression I wasn't hugely impressed by the nose. However it certainly benefits from time in the glass to settle down and open up. A perfect pour on a joyous Scottish evening with maybe just a little bit of sunshine please????

My thanks once again to WhiskyLifeStyle for the sample and photographs.